Home America Is Hillary Clinton Behind The Alt Left?
SHARE 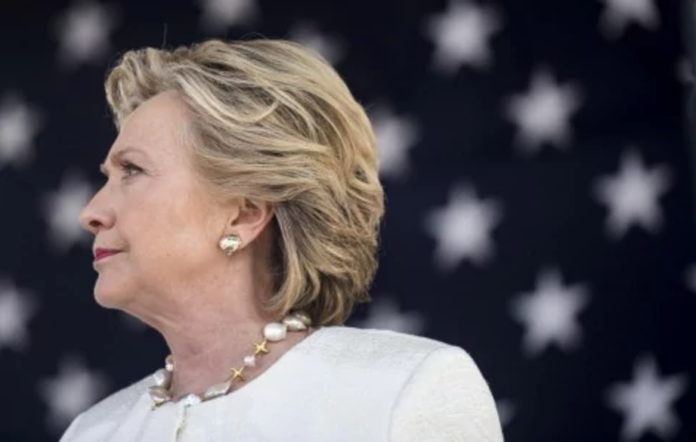 In many ways, last Saturday marked the official introduction of radical left wingers known as the Alt Left. Over the past week, many Americans have speculated and shared their thoughts on this group of people. However, a new report from The Horn News indicates that there might just be a culprit behind the riots, destruction of property, and violence in the streets.

The possibility of Hillary Clinton financially backing the Alt Left movement is highly plausible. She has every motive in the world. For starters, she lost the 2016 Presidential election to Donald Trump, even with the media, DNC, and anti-Trump Republicans supporting her. That must have hurt. Additionally, following her defeat, Hillary Clinton clearly expressed her alliance to ‘The Resistance.’

Clinton is additionally cited as having made the following statement in May 2017: “I’m not going anywhere. I have a big stake in what happens in this country.”

Unfortunately, the first half of her remarks ring true. A few weeks ago, Americans learned of Clinton’s upcoming book about the election she lost titled “What Happened?” In addition to her desperate attempts to remain in the limelight, Clinton is a pathological narcissist and therefore utterly incapable of accepting that American voters loathed her as a result of her atrocious policies and awful behavior. Clinton deeply resents Trump for beating her. She is now looking to get even and sabotage his Presidency.

What better way to do this than to pay people to agitate?

Where’s The Money Coming From?

As noted by The Horn News, Clinton donated a grand total of $800,000 to a leftist movement called ‘Onward Together.’ All records of such transactions are available via FEC records. Although one cannot be entirely sure, the funds most likely came from the remains of her campaign donations or from liberal billionaire George Soros. Soros is known for funding extreme, leftist groups.

Common Thread Between Clinton and the Alt Left

At the end of the day, Hillary Clinton, ‘The Resistance,” and other variations of the Alt Left have one common thread: they are all sore losers. They believed Clinton would win the election and countless polls projected her with a 90%+ chance of victory. Furthermore, a considerable amount of Alt Left individuals supported Clinton throughout her campaign.

Clinton, Soros, and other liberal elites are undoubtedly funding the Alt Left and ‘The Resistance.’ Nobody has more motive than them. However, members of the Alt Left fail to realize that they are merely being used as puppets. Taking to the streets to fight, riot, and destroy property changes nothing. Unfortunately, by the time ‘The Resistance’ realizes this, it will most likely be too late for them.