Home Investigates Illya Shpetrik: Who He Is and Why He Goes By Multiple Aliases
SHARE

Illya Shpetrik, sometimes spelled “Ilya,” is facing a federal lawsuit over his alleged involvement in the blackmail of Pennsylvania businessman Richard Gorman.

“Ilya,” who goes by Ilya S, Ilya BLT, Ilya Putin, and many other aliases, has kept an exceptionally low profile throughout his life.   As a native citizen of Canada, Illya is indeed nothing short of a ghost:  no driver’s license is registered to his name in Canada; there are no social media profiles that exist for Illya; his address is registered to his parents home, and all photos of him on the web list him under a wide range of pseudonyms.

Shortly after the federal lawsuit was filed against Illya Shpetrik, a large volume of content got published to the internet by a reputation management company called “Fame Ninja”  fictitiously depicting Ilya as an “energetic young lady,” “a famous soccer player,” and “a fashion design company.” Examples of these articles are below:

So Illya Shpetrik is a famous soccer player?   A fashion design company?   An energetic young lady?

These internet posts are, of course, new fake aliases created for Illya Shpetrik, who is none of these things.   For a man that loves his anonymity as much as he does, it is not favorable for him to have such a unique name.  In fact, based on the research the USA Herald has conducted, there is only one Illya Shpetrik in the world.

Shpetrik is a 31-year-old graduate of the University of Toronto that works in the affiliate marketing industry, deals in cryptocurrency, and is alleged to have had involvement in a number of impersonations of people on the web.  He also worked as a former IT manager at York University.

John Monarch, who is facing trial in the Gorman blackmail case, outed Ilya Shpetrik to Gorman’s lawyers.   Monarch is claiming that Shpetrik was behind the blackmail of Gorman and is the sole person responsible.

Monarch, who ran a small fulfillment company called Direct Outbound that competed with Gorman’s Fulfillment.com, had his business heavily promoted by Shpetrik during the time of the blackmail.   It would seem that Monarch had everything to gain from attacking Gorman’s company, Fulfillment.com, via Shpetrik.

In discovery, John Monarch also points to this Facebook conversation as proof that Illya was the blackmailer and not Monarch.


The 3rd co-defendant in the action, Karl Steinborn, was held liable for $3.1M and subsequently committed suicide on Gorman’s birthday.   John Monarch’s trial is expected to occur this summer.

This is the first in a series of stories on Illya Shpetrik.   Full disclosure: Richard Gorman has a financial interest in the USA Herald and contributed to this story. 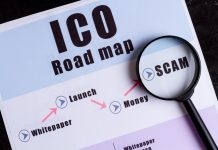 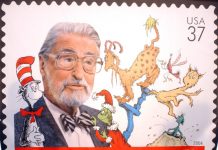