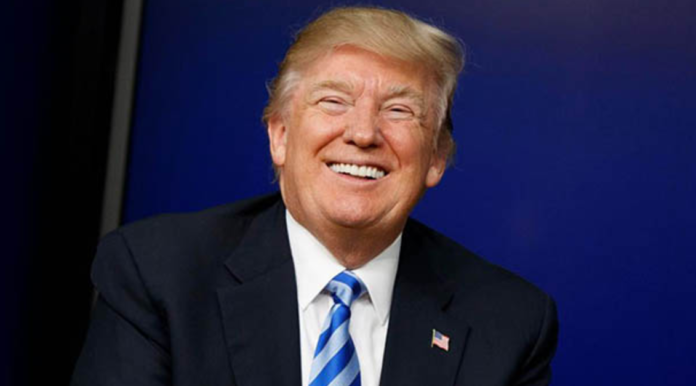 “Donald Trump is seriously sick. He is dangerous. As a citizen, former U.S. Senator, and twelve-year member of the Armed Services Committee, I urge you to act [at] once. Donald Trump is impaired by a seriously sick psyche. His sick mind and reckless conduct could consume the lives of millions.”

Apparently, Humphrey does not understand the impeachment process. For starters, in order to impeach a President, he must be guilty of “treason, bribery, or other high crimes and misdemeanors.” This is mandated in Article Two of the Constitution. However, nowhere in the Constitution does it state that a President can be impeached for controversial language.

Humphrey’s rhetoric followed as a result of President Trump’s statements that North Korea would be “met with fire and fury like the world has never seen” if they continue threatening America. Despite Humphrey’s aversion to this statement, it does not merit impeachment.

There is an existing common thread among the President’s critics. For starters, they seem to have forgotten how the American government works. Many anti-Trump politicians have called for the President’s impeachment because his words offended them. Furthermore, the only grounds for impeachment are bribery, treason, high crimes, or other misdemeanors. Until President Trump commits one of the aforementioned unlawful acts, there is no case for impeachment.

This is the reality regardless of personal feelings about the President.

Despite the President’s detractors, his mental state is very up to par. His progress since taking office is remarkable. For starters, one million new jobs have been added since President Trump took office. Likewise, unemployment has decreased and the stock market has risen. This feats cannot be accomplished by a President who is not in his right mind.

Persons like Senator Humphrey are not hurting President Trump’s image, despite their best intentions. Baseless calls for impeachments only hurt the ones who make them, not the President. Likewise, the aforementioned statements merely solidify President Trump’s support base. As his detractors become more and more unhinged, supporters will undoubtedly rally behind the President.

While President Trump is not “sick of mind,” many people who despise him might be. Many of his critics preached of the importance of accepting the election results. However, this has not occurred. Senator Humphrey made a fool of himself earlier today and quite frankly, he should be ashamed.