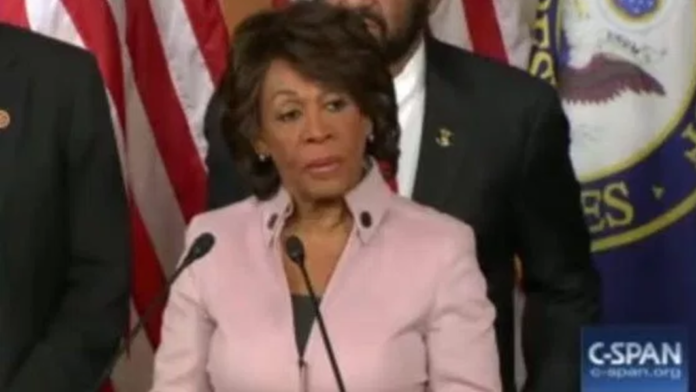 Is senility an inherent offshoot of aging? In the case of Maxine Waters, the answer might just be yes. According to the Washington Examiner, Waters tweeted out the follow remarks about Vice President Pence earlier today:

“Mike Pence is somewhere planning an inauguration. Priebus and Spicer will lead the transition. Freddie Gray’s family probably wants to know if officers will protect Trump’s head when he is thrown into the back of a paddy wagon.”

These statements are quite bizarre and unhinged. There is absolutely no evidence to suggest that Vice President Pence is planning to usurp or replace President Trump. Many conservatives have rightfully spoken out against Democrats’ deranged conduct and rhetoric since President Trump’s election and Maxine Waters is yet another part of the problem.

Democrats’ disturbing and baseless commentary about the President and his administration is not helping their cause whatsoever. According to The Independent, today’s Twitter outburst is not the first time Waters has made questionable remarks against the President or his White House staff. Just a few months ago, she was quoted as saying the following: