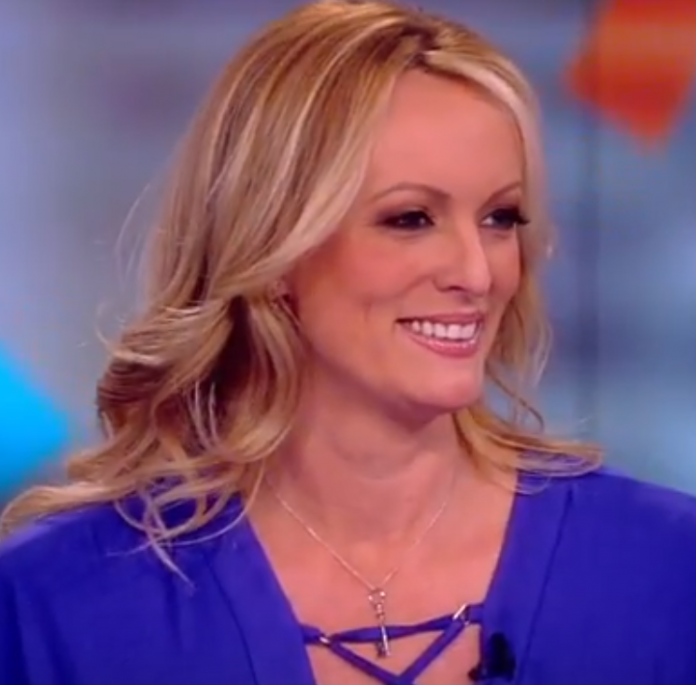 An Overview of the Stormy Daniels Interview

Daniels, accompanied by Avenatti appeared on The View to discuss her alleged, former affair with President Trump between 2006 and 2007. Towards the end of last month, Daniels also appeared on CBS’ ‘60 Minutes‘ to discuss the professed relationship with the President. By the admission of Daniels, she could face a one million dollar fine for each time that she publicly discloses information about the alleged affair.

The interview began with ‘The View’ co-host Meghan McCain asking Daniels about the potential benefits of her publicly speaking out about a relationship with the President. The adult film star responded, stating that while her earnings have increased, so have her expenses.

Excerpts from her statements read as follows:

“Yes, there’s a lot of publicity, but I didn’t do it for that. This isn’t what I want to be known for. As a matter of fact, I hid for quite awhile. It’s overwhelming and intimidating.”

Stormy Daniels' response to those who say she is profiting from the scandal: "There's a lot of publicity, but I didn't do it for that because this is not what I want to be known for." https://t.co/f8u2wc159S pic.twitter.com/RVksH2A9SE

Daniels furthermore noted that she had to hire bodyguards for the protection of herself and her family, including a young daughter.

The Sketch Release of the Alleged Thug

In addition to Daniels statements that she felt “tired” and “done” with being “bullied,” she and Avenatti moreover released a sketch of a man who allegedly threatened her in a parking lot.

Daniels’ recollection of the alleged encounter reads as follows:

“He had his hands in his pockets and he looked at my daughter. I remember him saying ‘That’s a beautiful little girl; it’d be a shame if something happened to her mom. Forget about the story. Leave Mr. Trump alone.’ [Then] he turned and walked away.”

The individual in the above sketch remains unknown. However, there is a $100,000 reward for any information leading to the discovery of his identity. Daniels moreover states that the alleged threat in the parking lot happened seven years ago.

The Conclusion of the Stormy Daniels Interview

Avenatti also discussed the recent revelation of Fox News anchor Sean Hannity being named as a client of Cohen.

Finally, when asked about Stormy Daniels’ “endgame” of speaking out about the alleged affair with the President, Avenatti stated the following:

“We want the truth, the whole truth, and nothing but the truth. We’re going to let all of these people decide, when they have all the facts, [about] who’s telling the truth and who’s lying to them.”

The full Stormy Daniels interview can be watched in segments on The View’s YouTube page.