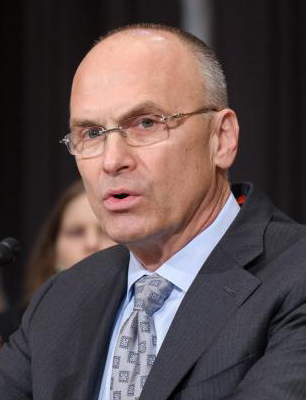 WASHINGTON (Reuters) – In a blow to President Donald Trump as he tries to assemble his administration, his nominee for labor secretary, Andrew Puzder, withdrew his name from consideration on Wednesday amid concerns that he could not garner enough Senate votes to be confirmed.

Puzder’s decision to withdraw is yet another setback this week for a White House still grappling with fallout from Monday night’s abrupt resignation of national security adviser Michael Flynn, after less than a month in the job.

Puzder, the chief executive officer of CKE Restaurants Inc, which franchises fast-food chains including Hardee’s and Carl’s Jr, has been at the center of a swirl of controversies, complaints and potential conflicts.

He admitted earlier this month that he and his wife had employed an undocumented person as a housekeeper. He faced a flurry of complaints and legal cases brought in recent weeks and months by workers against his business and its franchises.

Most recently, a decades-old Oprah Winfrey tape raising allegations of domestic abuse by his ex-wife resurfaced, though those allegations had been withdrawn.

“After careful consideration and discussions with my family, I am withdrawing my nomination for Secretary of Labor,” Puzder said in a statement.

Puzder’s withdrawal came one day before his scheduled confirmation hearing.

At least seven Republican senators, including Susan Collins of Maine and Lisa Murkowski of Alaska, declined to publicly back Puzder in advance of the confirmation hearing.

For weeks now, Republican senators have been telling Senator John Cornyn, the second-highest ranking Republican, that they believed some of their colleagues would join Collins and Murkowski in opposing Puzder, according to a senior Senate Republican aide.

As labor secretary, Puzder would have shaped the department’s approach to these issues, including whether to defend an Obama administration rule expanding overtime pay to millions of workers that has been challenged in the courts.

Earlier this month, Puzder admitted he and his wife had employed an undocumented person as a housekeeper and had to pay back taxes as a result.

Workers at some of CKE’s restaurants have filed claims in recent weeks alleging they were victims of wage theft or victims of sexual harassment in the workplace.

Another possible problem were allegations dating back to 1986 that Puzder had physically abused his now ex-wife, Lisa Henning, now known as Lisa Fierstein.

Fierstein filed for divorce in 1987 and later retracted her allegations, but not before appearing anonymously as a victim of domestic abuse on “The Oprah Winfrey Show.”

Last week, the OWN Network released a copy of that tape to the Senate committee so both Democratic and Republican members could view it, according to an aide.

Democrats on Wednesday cheered over the news of Puzder’s withdrawal.

“From the start, it’s been clear that Puzder is uniquely unqualified to serve as secretary of labor,” said Patty Murray, the ranking member of the U.S. Senate Committee on Health, Education, Labor and Pensions. 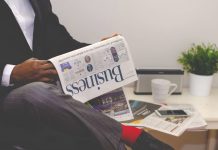