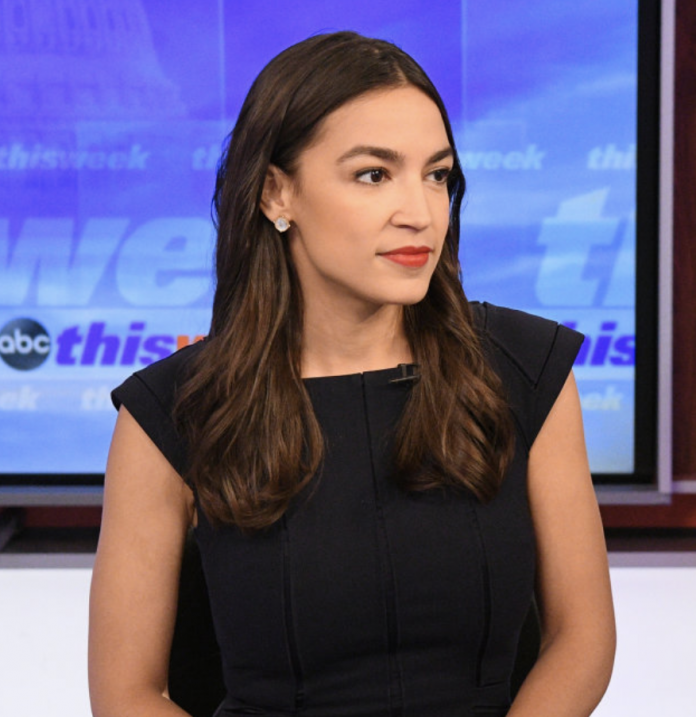 Over the weekend, House Rep. Alexandria Ocasio-Cortez sat down for an interview with ABC’s This Week. During her time on air, the congresswoman expressed concerns about Democrats in the 2020 presidential election.

Her concerns furthermore garnered a response from President Trump, something which Ocasio-Cortez wasn’t too thrilled about.

In a nutshell, the congresswoman believes Democrats will lose to President Trump if they are not far left enough. This assessment is quite fascinating; moreover, it comes as Democrats face a crossroads in their party. The party appears to face a struggle about whether a moderate candidate or a progressive candidate should represent Democrats in the upcoming 2020 election.

Nevertheless, Ocasio-Cortez has her own thoughts on this matter.

“I think that we have a very real risk of losing the presidency to Donald Trump if we do not have a presidential candidate that is fighting for true transformational change in the lives of working people in the United States.”

Ocasio-Cortez’s ideas of “transformational change in the lives of working people” are truly something. These transformations include minimum wage increases to $15/hr, free college, free healthcare, etc. These are extremely far-left reforms which have caused controversy since their announcements.

What Does the President Think of All This?

After the congresswoman’s remarks that Democrats are in peril of losing to Trump in the 2020 election, he responded. The president stated via Twitter that Democrats actually are in danger of facing defeat in 2020; he then pronounced that this is why their party continues to push for impeachment.

Rep. Alexandria Ocasio-Cortez. “I think we have a very real risk of losing the Presidency to Donald Trump.” I agree, and that is the only reason they play the impeach card, which cannot be legally used!

Now, Ocasio-Cortez didn’t like this at all. The congresswoman subsequently responded with assertions of why she believes impeachment is warranted, coupled with the declaration to “call [Trump’s] bluff any day of the week.”

You may fool the rest of the country, but I’ll call your bluff any day of the week.

Opening an impeachment inquiry is exactly what we must do when the President obstructs justice, advises witnesses to ignore legal subpoenas, & more.

As seen in Ocasio-Cortez’s most recent interview statements, she believes that far-left progressive reform is the winning strategy for Democrats. However, many Americans disagree with her and not all of those Americans are on the right-wing.

Last week, independent political commentator George Will stated that Democrats need to employ the “politics of modesty” if their investment truly lies in defeating President Trump. Will cited connecting with Trump voters, winning the black vote, and doing away with claims of impeachment and abolishing ICE as examples of said modesty.