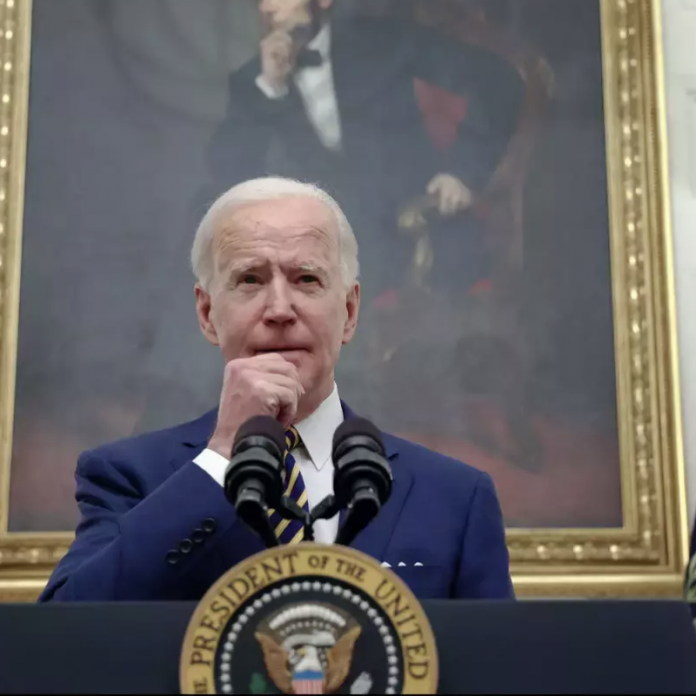 For over a year, Joe Biden’s approval rating has been on a steep downward spiral.

This has been fueled by many different disasters under the current administration; a few examples include growing illegal immigration, high consumer costs, heightened interest rates, a horrible military removal from Afghanistan, etc.

The White House has not been changing its policies or approaches to the country, notwithstanding Biden’s falling poll numbers.

Meanwhile, the president’s approval rating has now fallen to a new low that’s historic for a commander in chief.

What to know about Biden’s latest approval rating

On Friday, Rasmussen Reports logged the president’s approval rating at 37%. This is remarkable since former President Trump’s support never dropped this low throughout the entire time he served in the White House.

This new shift comes as less than seven in ten Democrats favor the job Biden’s doing in office. Meanwhile, a bulk of Independents currently disapprove of how the president’s leading the country.

Surveys have consistently shown the biggest gripes Americans have with the president trace back to the economy. As it turns out, people don’t appreciate rising consumer costs, unaffordable inflation rates, or gas prices going through the rooftops.

In America today, savings rates are falling and the growth of inflation is overpowering wages increase rates many times over.

These economic issues remain highly anticipated to influence how voters cast their ballots in the November elections.

Thus far, all signs indicate that Joe Biden’s nationwide support will continue to drop. The president has made absolutely no moves to better his image in the eyes of the American public.

Instead, his White House appears resigned to continue telling Americans that all is well, that the economy is flourishing, even when all experiences indicate precisely the opposite.

Biden’s also been meeting growing calls from his own party to sit out the 2024 presidential election. Apparently, this is a source of resentment for the president; he seems to believe the party should rally around him due to his incumbent status.

If Biden’s poll numbers continue as they have been, he may very well find himself facing a formidable opponent in the 2024 Democratic primary.