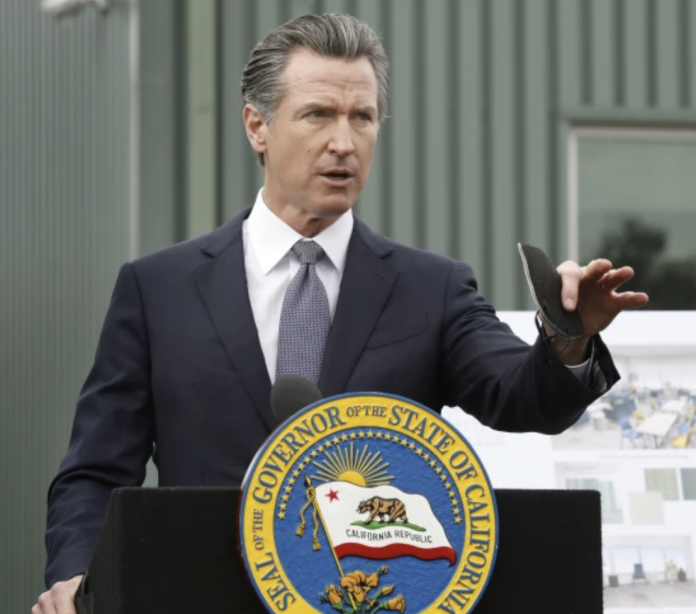 Crime is a serious problem in California, a state that’s remained under Democrats’ command for decades. For months, reports of smash-and-grab robberies have made the news.

Stores maintain reports of serious financial losses; meanwhile, employees working for stores targeted in robberies are subjected to real threats and danger. In the wake of this, some lawmakers have suggested enacting legislation that makes it harder for criminals to sell stolen goods online.

Nevertheless, this doesn’t get to the root of California’s crime problem. The state has notably sloppy bail laws, something Democrats have branded as “bail reform.”

Meanwhile, back in 2020, Governor Gavin Newsom decided to let criminals out of prison, due to COVID. Now, the state is reaping the adverse ramification.

This explains a new poll that shows the Democrat governor especially underwater in terms of approval ratings.

What do Californians really think about Newsom?

According to the Los Angeles Times and the University of California at Berkeley’s Institute of Governmental Studies, most voters in the Golden State disapprove of Newsom’s management of homelessness and crime.

When it comes to homelessness, 66% of California voters believe their governor is doing either a “poor” job or a “very poor” job. When it comes to crime, Newsom’s ratings aren’t much better.

51% of Californians say the Democrat governor is doing either “poorly” or “very poorly” in regards to crime prevention and maintaining public safety.

The bigger truth about the numbers and polls

Last year, California residents had an opportunity to vote Newsom out of office during the state’s recall election. However, the Golden State chose to keep Newsom in the governor’s mansion. Some people would say they are now reaping the consequences.

At the end of the day, the polls only matter if people vote accordingly. If majorities of Californians dislike Newsom’s management of crime and homelessness, yet still vote him (or other Democrats) into power, nothing will change.