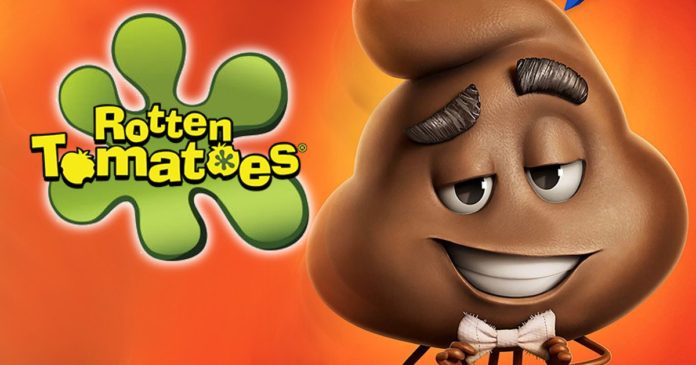 The folks behind the Emoji movie appeared to have it all figured out.  The way to avoid being damaged by a negative review on Rotten Tomatoes was to eliminate early screenings so that reviews wouldn’t go up on time to damage attendance.  When reviews did go up the movie got a 6% score suggesting it was really bad and that folks probably wouldn’t be seeing it this weekend.  So great, the executives managing the marketing of the movie could get a bunch of folks to pay money to see a movie they didn’t like.  Good for them?

Now marketing typically doesn’t have a ton to do with the creation of the movie so they did do their jobs, but it likely is hard to feel good about ripping off a bunch of parents who just wanted to take their kids to a nice movie.   If you’ve taken children to a movie it is bad enough without the movie also sucking.

If you know the movie is bad, why not send it back and make it better?  (In this case it is animated so it isn’t like you must wait for weather or get new on-location permissions and voices can be re-taped at any audio studio).

So why did they release a movie they knew would suck rather than fix it?

One of the problems with any project is that the people running it tend to dodge bad news.   They are faced with deadlines and know that if they delay the project it will get more expensive and folks will hold them accountable so indications of problems tend to be swept under the carpet rather than explored, vetted, and eliminated.

Granted focus groups, if you want the project to be confidential, can be problematic but you could assemble a pool of people that work for you who only do internal reviews.  You’d qualify them by testing them against existing movies to see if their responses were in line with their demographic and you’d keep them away from the creation process so you didn’t contaminate them.

Now some movies do use focus groups, the Dark Tower which is currently being widely panned by reviewers (17% on Rotten Tomatoes) is apparently one of them.  But these reviews tend to take place so late in the process that the fixes that are made to improve the movie may make it worse, and may have in this case.

So, you can understand the fear particularly if when someone tries to address it, the fix may make the movie worse.

We Have The Technology To Fix This

It is what you do with it.  Particularly with a movie which comes together in parts and often is created from a script which in turn came from a far longer book the opportunity to screw up is almost certain.  Generally, what separates a good movie from a bad one is a combination of skills, focus, and the ability for the director to have a decent vision of what a successful outcome will look like.

What surprises me is how often directors seem to guess at this.  You could certainly survey readers of a book and find out what parts of it they would particularly love to see on film providing you with a better sense of what to keep and leave out.   Using a game engine, you can even do a pretty good job of creating an emulation of what the movie will end up looking like with the lines in place before firing up the first camera or drawing the first real cell.   You could then test the result to see if the vision works with an audience.   This might help you with actor selection as well because you could digitally change out the actors in the rendered trial movie and tune it.  Here is an example of the amazing quality you can get out of a game engine, in this case Unity.
Wrapping Up:

There is no real excuse for creating bad movies.  There are methods that can be used to emulate what a movie will become and correct issues with actor selection, staging, and scripts before the first frame is shot or before the first animated cell is drawn.  They likely aren’t used because of an excessive focus on meeting deadlines and not enough focus on assuring quality of the result.  This doesn’t just exist in films but with every product category ranging from cars to cell phones.

With digital emulation, we can create a reasonable facsimile of virtually anything be it product, building, or movie and as most have found out, doing so results in a far better, far cheaper, product creation process.  This is because mistakes are caught early and timelines and quality can be better assured.  Why we haven’t taken these steps more aggressively is likely because folks would rather avoid bad news than they would seek it out to correct the related problems.

Good news is the industry is likely going to figure this out, bad news is it won’t fix the movies coming out this weekend