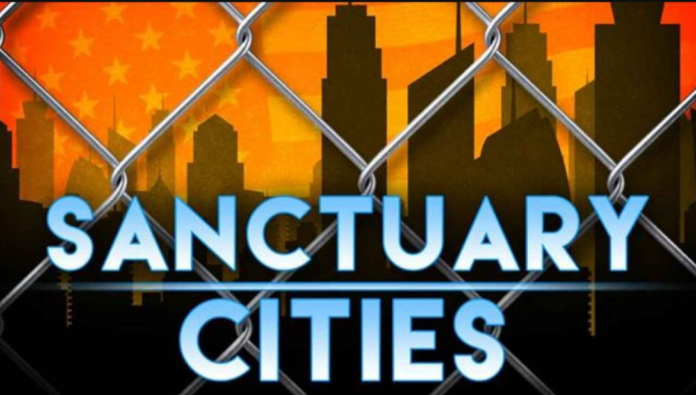 The inception of the Trump Presidency marked the beginning of the end for sanctuary cities who flagrantly aid and abet known criminals. According to Fox News, Chicago Mayor Rahm Emanuel decided to file a lawsuit today against the Trump administration for revoking funds from sanctuary cities who work against immigration laws. However, sanctuary cities have officially met their match this time. In response to the ridiculous lawsuit, the Department of Justice published a scathing statement:

“In 2016, more Chicagoans were murdered than in New York City and Los Angeles combined. So it’s especially tragic that the mayor is less concerned with that staggering figure than he is spending time and taxpayer money protecting criminal aliens and putting Chicago’s law enforcement at greater risk.”

Mayor Rahm’s silly lawsuit simply provides yet another example of the dangers that innately come with pandering to certain groups for the sake of identity politics. When you remove all feelings from the matter, the truth remains. Foreigners who illegally enter this country are inherently breaking the law. Cities, like Chicago, which provide aid to these law breakers and work against law enforcement officers are knowingly aiding and abetting criminals. As stated by the Department of Justice, this unsavory behavior cannot continue, especially when it is costing a hefty fee and precious lives.

If the city of Chicago is incapable of following the laws and working with law enforcement, they should lose their funding. It is that simple. Based on statements from the Chicago Mayor, this reality has gone over his head:

“Chicago will not be blackmailed into changing our values, and we are and will remain a welcoming city. The federal government should be working with cities to provide necessary resources to improve public safety, not concocting new schemes to reduce our crime-fighting resources.”

Having values is fine, but when they interfere with the law of the land, that’s a problem. If Mayor Emanuel expects to receive funding from the federal government, he will have to wisen up and follow their rules, otherwise he can foot the bill for crime fighting resources. It is unfortunate that Mayor Emanuel cares more for criminal aliens than he does the citizens of Chicago who voted him into office.

Emanuel’s lawsuit against the Trump administration will change absolutely nothing. As a matter of fact, the federal government could theoretically file a lawsuit against Emanuel for obstruction of justice, harboring fugitives, and more. The Mayor of Chicago should be very careful because this situation can get much uglier for him.