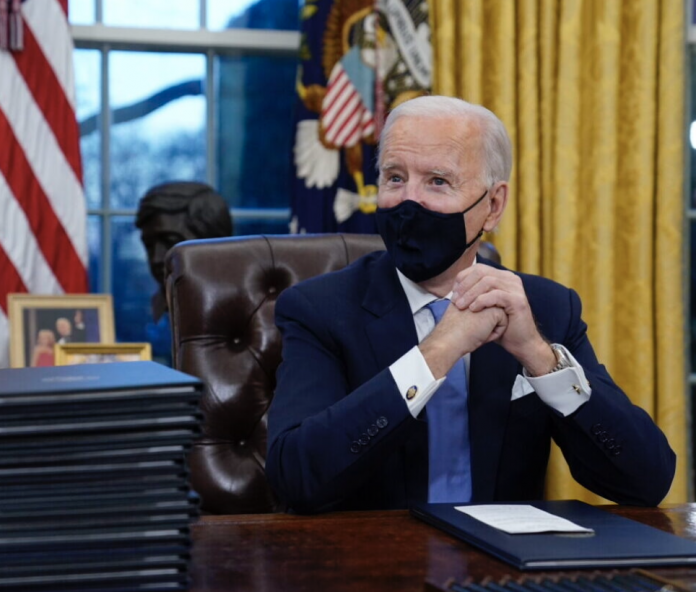 If there’s one thing the Biden administration knows how to do, it’s printing and spending money. Since Biden and Democrats passed through their $1.3 trillion spending package, several things have happened.

For starters, inflation is through the roof. The prices of fuel, houses, groceries, and more are higher than ever. Meanwhile, labor shortages are also an issue; within the $1.3 trillion spending package contained extra COVID relief funding lasting until September 2021.

All of this is deeply problematic for the nation and the economy; however, inflation could be the thing that does Democrats in during next year’s congressional midterm elections.

Last month marked the true start of inflation in the United States. Prices are increasing at the same time as when many Americans are just barely making it. Furthermore, President Biden and Democrats are not slowing down their spending; in fact, they want to pass more proposals that would increase spending and raise taxes. This only leads to more inflation as time passes.

Republican pollsters are warning that the rise in gas prices could have the worst impact on Democrats in the 2022 midterms. This gives the GOP an opportunity to connect with voters and offer an alternative to the heavy spending that Democrats are perpetrating.

However, Republican pollsters warn that merely lamenting over inflation from the Biden administration won’t be enough for the GOP to win the midterms. Republicans will need to express to voters how their party can fix inflation and other economic issues engendered by wasteful spending.

The Democrat Party has made no mention of inflation or its adverse impacts on the American public. Democrats profess to be the party of the working class; however, working-class people stand to lose the most from rising prices.

Despite the labor shortages and inflation, Democrats still believe that heavy, liberal spending is the way to go. It is now up to Republicans to prove otherwise ahead of the 2022 midterms.