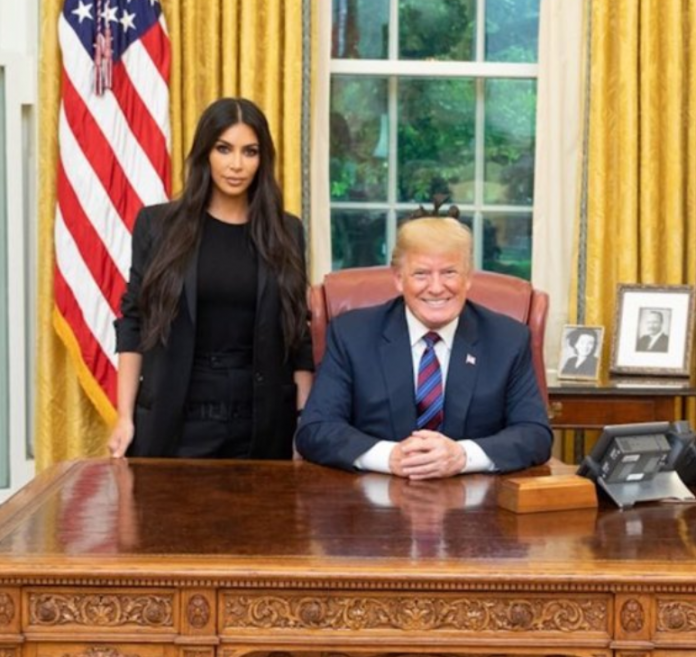 On Wednesday, reality TV star Kim Kardashian West made headlines when she traveled to the White House to meet with President Trump regarding criminal justice reform, reports The Hill.

An Overview of West’s Meeting with the President

The purpose of the reality star’s meeting with President Trump surrounded the reform of the criminal justice system and sentencing. Specifically, West brought the case of Alice Marie Johnson to the President in the hopes of the latter pardoning her. A now 62-year-old Johnson received lifelong incarceration sentence in 1997 for drug trafficking.

The heavy sentence raised many eyebrows, especially since Johnson’s crimes fell into the “nonviolent” category. Because of Johnson and other cases like her, many Americans expressed the need for prison reform. However, Republicans and Democrats alike have faced criticism for lack of action regarding this matter.

Shortly before West’s meeting with President Trump, she sent out the following tweet, wishing Alice Marie Johnson a happy birthday:

Happy Birthday Alice Marie Johnson. Today is for you 🙏🏼✨

Much of America vocalized their surprise upon learning that Kim Kardashian West would travel to the White House. Some critics even questioned whether or not the reality star truly held the qualifications to speak about such an impactful issue. However, other Americans opined that West’s use of her platform in this manner is helpful and worthy of praise.

The meeting between the reality star and sitting President apparently went well. The Commander-in-Chief posted the following tweet shortly thereafter, affirming the “greatness” of the gathering.

Likewise, Kim Kardashian West posted a few tweets of her own. First, she thanked President Trump for his time. The reality star then expressed her hope that the President will eventually decide in favor of her appeal to pardon Alice Marie Johnson.

I would like to thank President Trump for his time this afternoon. It is our hope that the President will grant clemency to Ms. Alice Marie Johnson who is serving a life sentence for a first-time, non-violent drug offense.

We are optimistic about Ms. Johnson’s future and hopeful that she —and so many like her—will get a second chance at life.

Kim Kardashian West’s meeting with President Trump comes at a time where more “outsiders” appear to be entering the political arena. Throughout the 2016 election, the orthodox and traditional “career politicians” came under fire. Many Americans stated that these politicians failed to enact meaningful reform. The President’s victory seems to have inspired more nontraditional individuals to enter politics.

The popular reality star is also said to be working with Johnson’s legal team in the hopes of securing the latter’s freedom.

Since becoming a Police Officer the penalty for every crime has gone down. Crime has gone up. Prison Reform no probation or Parole