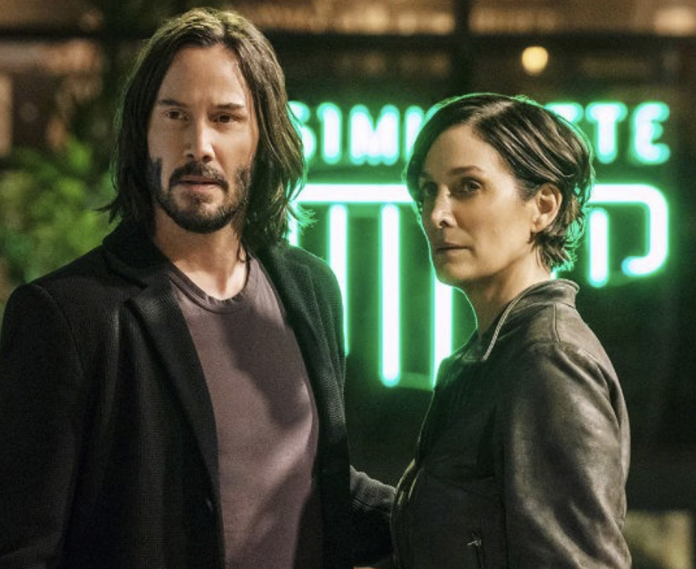 The Matrix Resurrections is a riveting and capturing story that explores the journey of Neo, Trinity, and the Matrix, following the events of Matrix Revolutions.

What happened after Matrix Revolutions?

As Matrix fans know, Neo and Trinity sacrificed themselves in the third Matrix movie in order to stop the Machines from completely destroying Zion. In Matrix Revolutions, we see how much Neo and Trinity’s sacrifice paid off for people outside of the Matrix.

Humans and some of the Machines are now able to work together. This proves pivotal in the journey of rescuing both Neo and Trinity from the Matrix.

When the real world meets the Matrix

After Neo and Trinity sacrificed themselves to save Zion and end the war with the Machines, they were essentially healed by the Machines and put back into the Matrix.

As it turns out, the Matrix realized having Neo and Trinity in the system worked to the betterment of the system; yet only if they were apart from one another.

Matrix Resurrections is a story about choices and how, at one point or another, we must either decide to take the red pill and follow our own path; or, we can choose the blue pill, mindlessly feed the system, and be just another human battery hooked up to the system.

What makes Matrix Resurrections such a moving and pivotal story is the relevance it has to today’s world. In the film, Neo is repeatedly fed blue pills by the Matrix in order to keep the system going.

In Matrix Resurrections, Neo also notably exists as a video game developer of a system called, The Matrix. The account of this is ironic; it’s not unlike today’s world where Facebook CEO Mark Zuckerberg is putting together a system known as Meta.

By Zuckerberg’s own admission, Meta is a virtual reality where people can plug in; they can live, communicate, hold conferences, and otherwise exist in a world under the control of Zuckerberg.

In doing so, humans in the real world literally become the batteries that keep Meta functioning and profitable. If this isn’t a dead ringer for the Matrix, then nothing is.

Matrix Resurrections is currently in theaters and on HBO Max.