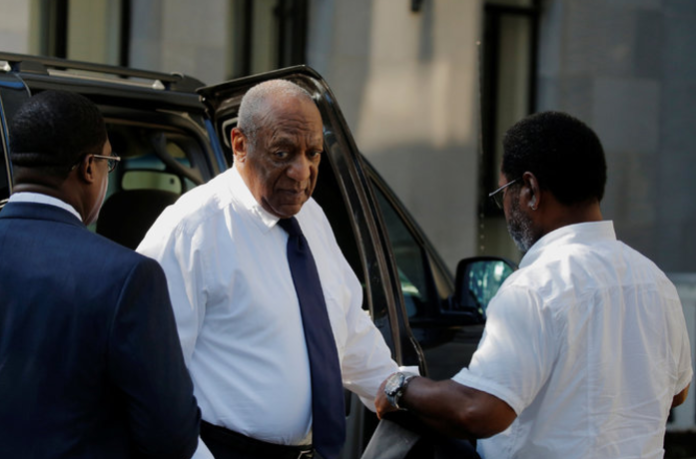 Based on reports by the New York Times, jurors presiding over the Bill Cosby trial debated for hours on Monday and have so far been unable to reach a verdict. Throughout the duration of the proceedings, jurors heard testimony from Andrea Constand, Kelly Johnson, their mothers, Detective Richard Schaffer, and eleven other witnesses. While the prosecution’s case against Cosby was rock solid, the same cannot be said for Cosby’s defense; on several instances, they attempted to get the prosecution’s evidence thrown out of court, but to no avail. The only witness they called to the stand was Schaffer. Due to the defense’s flimsy case, they were reduced to using Schaffer’s testimony as a tool to cast down on Constand’s attestation. Nevertheless, it is now up to the jury to decide whether or not Cosby will serve time in prison for his crimes or be found as not guilty.

Jurors returned to the Montgomery County Courthouse earlier today in Norristown, Pennsylvania to reach a verdict. At their behest, the judge read additional passages of Cosby’s 2005 excerpts where he went into great description of the events taking place at his Philadelphia home where Constand was allegedly assaulted. By his own admission, Cosby gave Constand pills that were later revealed to be quaaludes; in the excerpts, he confessed to purchasing quaaludes with the intention of providing them to the women he wanted to have sex with. Constand and Cosby were both at the courthouse earlier today, awaiting to hear the ruling.

The jurors assigned to the Cosby trial are said to be feeling an enormous amount of pressure; this is quite understanding in light of the conspicuous nature of this case. For decades, Cosby was hailed as the pinnacle of wholesomeness and purity and the abrupt change has attracted the attention of many people. The panel of jurors consists of seven men and five women. Judge Steven T. O’Neill has instructed for the names of the jurors to remain concealed; they are currently being lodged at a hotel as they work to reach a verdict.

Unsurprisingly, Cosby employed the race card as a tactic to deflect from his guilt. According to him, “race may have played a part in him being prosecuted.” That’s interesting because many women who accused Cosby of drugging and raping them are also black. Perhaps Cosby should realize that his decision to drug and rape dozens of women are what led to him being prosecuted. Buying quaaludes and giving them to women he planned to sleep with was a crime and now he has to stand trial for it. Guilty people often find excuses to use when they are being held accountable for their misdeeds. It is also worth noting that Cosby’s race didn’t stop him from rising to success and power decades ago.

Many Americans have faith in the jury to reach the right decision. The testimonies from Andrea Constand, Kelly Johnson, and the 2005 Cosby excerpts should be more than enough evidence to bring him to justice for his deplorable actions. He confessed to purchasing quaaludes to give to women he wanted to bed which directly aligns with Constand’s report of receiving pills that incapacitated her shortly before being sexually assaulted. No matter what lies Cosby’s defense team attempts to spin, the truth will always come out.

More details about previous testimonies at the Bill Cosby trial can be found here and here.