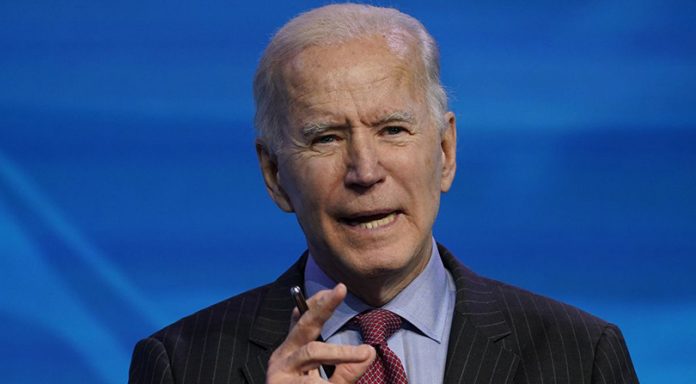 The incoming administration is already gearing up for war against the national Rifle Association( NRA) and the Second Amendment, as declared by President-elect Joe Biden in his tweet Friday evening.

After praising former Rep. Gabrielle Giffords, D-AZ, turned leading gun control activist, for her strength and courage, he pledged to continue working “to defeat the NRA and end our epidemic of gun violence.”

Giffords was an unfortunate victim and survivor of the shooting at a supermarket parking lot rally in Tucson, Arizona in 2011.

In this tragic event, convicted mass murderer Jared Lee Loughner, a registered Independent and known to push anti-establishment rhetoric, entered the Safeway parking lot during a constituent assembly and open fired on the group. Giffords was shot in the head, 6 people were killed, and 12 others were injured. Loughner was immediately arrested and is currently serving life in prison.

The NRA is already preparing to duel with President-elect Biden. However, the conservative gun rights advocacy group would much rather work with the incoming Biden-Harris administration. However, based on recent tweets and past behaviors of both elected officials, this will most likely not be an option. The NRA vows to continue to support and stand behind 2A, and continue to fight for the right of the American people.

“@GabbyGiffords – Your perseverance and immeasurable courage continue to inspire me and millions of others. I pledge to continue to work with you – and with survivors, families, and advocates across the country – to defeat the NRA and end our epidemic of gun violence.”

This statement sounds quite different from his statements on the campaign trail. He insisted that while he supports buy-back gun control programs for high capacity weapons; he is not interested in confiscating the guns of legal licensed American gun owners. This statement, unfortunately, conjures images of throwing a gauntlet down to directly attack the public’s Second Amendment right.

“Well, here we go again. Once more, the fight is on to protect the Second Amendment. This issue will go to print before the litigation is finished, so this could certainly change, but as it stands, it seems as if Joe Biden and Kamala Harris will be the next president and vice president of the United States. Once inaugurated, they will begin a concerted attack on the rights of American gun owners. We must be ready for the onslaught.”

On Friday, Biden pledged to DEFEAT THE NRA.

Biden wants to ban our semi-auto rifles, tax our guns/mags & more. He knows the only thing standing in his way to DISMANTLE THE 2ND AMENDMENT is NRA.

Gun owners must stay vigilant & be engaged in elections and the legislative process.