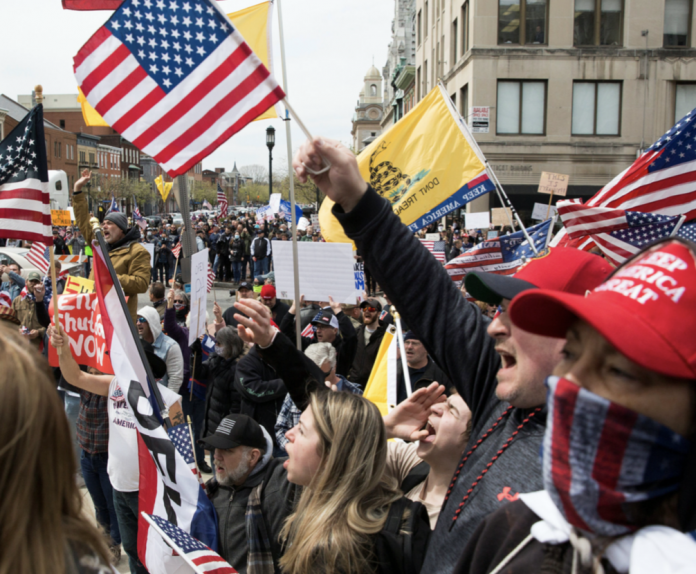 The time to reopen America has arrived. Quite frankly, massive shutdowns over a virus that is mild 80% of the time and maintains an over 90% recovery rate never should have happened; yet, here we all are.

Over the past few weeks, the push to reopen America has gained significant momentum. Republican governors are gradually easing restrictions in their states. Democrat governors, on the other hand, are facing lawsuits and challenges in the Supreme Court; meanwhile, counties and businesses in blue states are progressively defying stay-at-home orders and reopening on their own terms.

The Strawman Argument of Crying Racism

Calling Americans racists for wanting to reopen the country is a strawman argument. People who make this claim are intellectually dishonest and they know it. The entire national debate between Reopen America people and indefinite shutdown advocates has proven the latter group to be sanctimonious hypocrites.

It’s much easier to call people “selfish” for wanting to get back to work than it is to acknowledge the harm of longterm lockdowns. The same people who claim to care about saving lives are ignoring the dangerous consequences of ongoing lockdowns. Increases in domestic violence, unemployment, and mental health issues are only the tip of the iceberg.

The numbers of coronavirus cases simply do not justify keeping the nation closed down forever. In a matter of weeks, 30 million people have lost their jobs. How many more people have to sink into unemployment and other forms of turmoil before indefinite shutdown enthusiasts rethink their position?

When shelter-in-place orders and lockdowns first began, those in favor marketed these measures as necessary tools not to overwhelm hospitals. Since hospitals are now no longer overwhelmed, the goalpost has moved.

Those who favor indefinite shutdowns now claim that America must remain shuttered until there are no more cases of COVID-19 or until there’s a vaccine. This simply isn’t reasonable.

People who are more vulnerable to coronavirus or otherwise afraid of coronavirus can take their own precautions; they can also choose to voluntarily shelter-in-place without a government mandate ordering everyone else to do the same.

Wanting to reopen America is not racist or selfish; neither is striving to maintain one’s livelihood, job, and means of supporting one’s family. However, favoring indefinite shutdowns as millions of people lose everything is pretty selfish, as is calling these people racists for speaking out against harmful, tyrannical, and unconstitutional lockdowns.