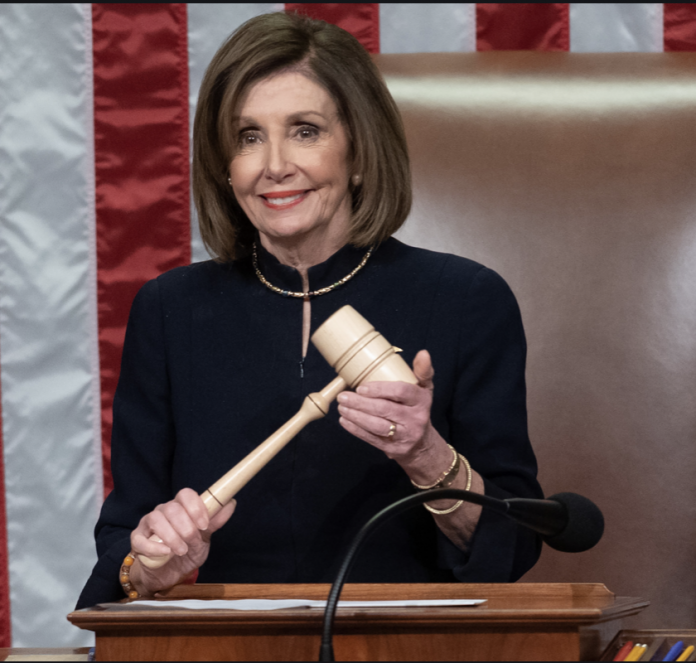 The Trump “impeachment” is the most absurd and ridiculous political event in United States history.

First, House Democrats dragged out a sham impeachment process, despite Speaker Pelosi’s previous assertions that support for impeachment ought to be bipartisan and compelling. As we all know, these tenets are opposite of what took place in Congress earlier this month.

Finally, after ramming their impeachment hoax through the House (without a single Republican vote), Democrats are now stalling. They won’t pass the articles along to the Senate; meanwhile, Speaker Pelosi has all these demands for how she believes the Senate ought to hold a trial.

Guess what? That’s not Pelosi’s call, but what she and other House Democrats have done is set an incredibly dangerous pattern for future presidents.

Let’s be very clear here: the Democrat Party hijacked the impeachment process because they dislike and fear President Trump. This explains why the left began talks of impeachment and “resistance” from the moment Trump defeated and embarrassed Hillary Clinton.

After January 2025, Donald Trump will no longer be president. Whether or not the 46th president is a Republican or Democrat will only become apparent in time. However, since the left has set the precedent of impeaching a president they don’t like, they shouldn’t be shocked if a member of their own party finds themselves on the receiving end of this treatment in the future.

If a Democrat becomes president while Republicans maintain majority control of the House, they shouldn’t be surprised if impeachment comes their way. Right now, the left is laughing and alleging that Trump is the third president in U.S. history to face impeachment; what they aren’t realizing is the same fate could befall the next Democrat commander-in-chief.

If a Democrat is president while Republicans have control of the House and the Senate, then impeachment and a subsequent removal from office could easily occur.

Now, it’s unlikely that the GOP would stoop to the low levels of the Democrat Party. However, the precedent still exists; it’s a matter which President Trump himself has pointed out.

What Democrats are doing right now is terrible. The optics are a nightmare and will not engender their desired outcome.

Mitch McConnell and other GOP senators are very clear on where they stand. The Republican-controlled Senate will not remove Donald Trump from office.