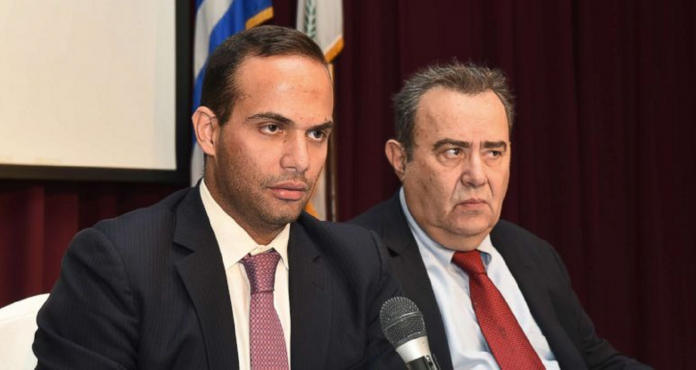 According to George Papadopoulos, Donald Trump “nodded with approval” when he offered to arrange a meeting with Vladimir Putin.

Lawyers for Papadopoulos argued Friday that he had helped the Russian investigation rather than hindered it. They are trying to reduce their client’s sentence as prosecutors argue that he delayed them and then did not provide material evidence.

Trump hired Papadopoulos as a campaign aide in March 2016.

In January 2017, FBI agents questioned Papadopoulos. When they asked him about Russia’s possible influence in the election, he was “surprised” and “caught off-guard,” wrote his lawyers.

They admitted that at that time, he “lied, minimized and omitted material facts.” He was trying “to save his professional aspirations and preserve a perhaps misguided loyalty to his master.”

The FBI arrested Papadopoulos on July 27, 2017. He then began cooperating with the investigators and was the first of Trump’s campaign staff to plead guilty to political collusion. He told the FBI about how he offered to meet with Putin. Papadopoulos also told them “the reactions of the people in the room.”

The same month Trump hired him, Papadopoulos went to Italy. There, he met a professor from London named Joseph Mifsud. Mifsud introduced him to a woman who claimed to be Putin’s niece. Mifsud later told him Moscow had “dirt” on Clinton and could release her emails.

His lawyers say that after the meeting, he was “eager to show his value to the campaign” and “witnessed his career skyrocketing to unimaginable heights.” On March 31, he offered to use his new contacts to set up a meeting for Trump with Putin.

“While some in the room rebuffed George’s offer, Mr. Trump nodded with approval and deferred to Mr. [Jeff] Sessions who appeared to like the idea and stated that the campaign should look into it.”

After Trump won the election, he appointed Sessions as attorney general. Sessions recused himself from the Russia investigation, leading to Robert Mueller’s command of the case.

“George Papadopoulos is now a convicted felon,” the lawyers wrote. “When it came time to make a good decision he made a bad one. His arrest and prosecution served as notice to all involved that this was a serious investigation. He was the first domino, and many have fallen in behind. Despite the gravity of his offense, it is important to remember what Special Counsel said at George’s plea of guilty: he was just a small part of a large-scale investigation.”