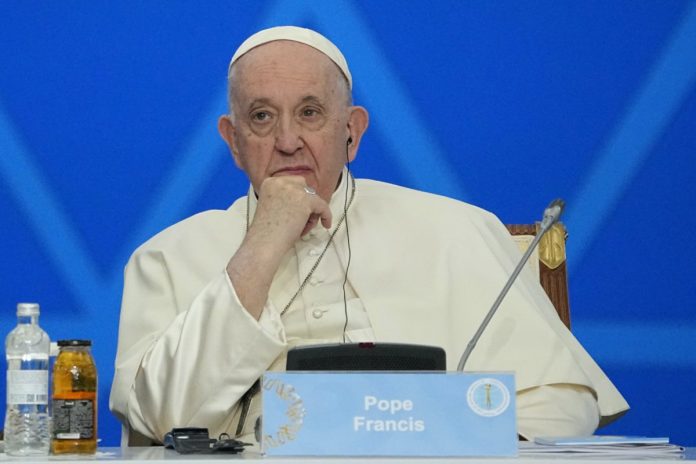 Sunday after his general audience in St. Peter’s Square, Pope Francis spoke out about the Russian invasion of Ukraine. And condemned the ‘Russian savagery, monstrosities, and torture.’

The Pope revealed that his charity leader, Cardinal Konrad Krajewski, who brings aid to Ukraine was attacked last week. And shots were fired at the Cardinal and his entourage in Northeastern Ukraine.

In addition to Krajewski, the group included a Catholic Bishop, a Protestant Bishop, and a Ukrainian soldier.  This was the group’s 4th humanitarian mission to bring food and supplies to the embattled citizens.

In the Cardinals’ report to the Pope, he described having to run for his life and take cover.

Pope points to Russian savagery in the war

In the Pope’s address, he claims that Ukraine is being ‘martyred.’ And strongly condemns what is happening in Ukraine.

The pope explained that he had spoken with the Polish Cardinal. And the humanitarian group had seen mass graves outside Izyum.

Francis said, “He (Krajewski) told me about the pain of these people, the savage acts, the monstrosity, the tortured bodies that they find.”