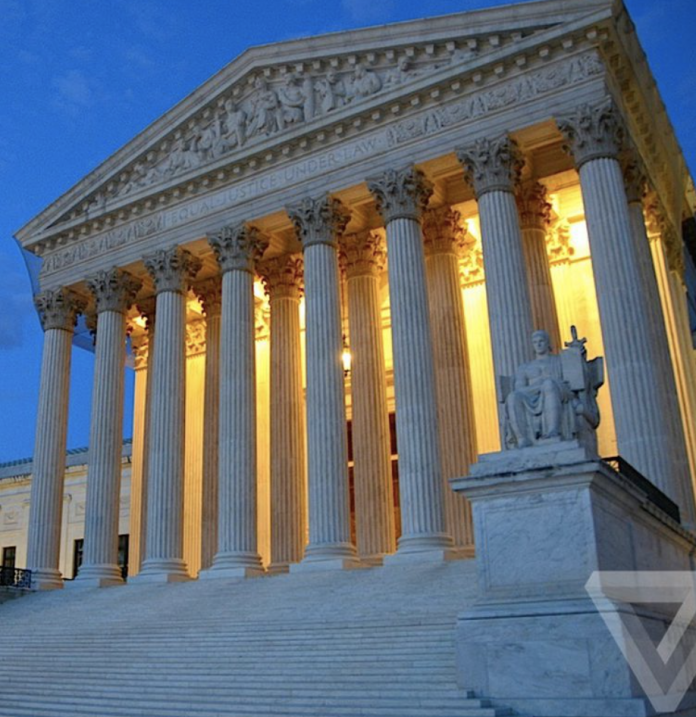 The United States Supreme Court is currently under a 6-3 majority. Conservative justices outweigh their liberal counterparts and Democrats are all too eager to change this.

In further remarks introducing the Judiciary Act of 2021, Markey declared that “equal justice” will return to SCOTUS if Democrats can successfully pack the court. The Democrat senator then stated that in order to successfully pack the Supreme Court with four liberal justices, an abolition of the Senate filibuster must happen.

Republicans have since responded to the Judiciary Act of 2021 and the wildly false accusations from Democrat lawmakers.

The GOP’s response to the Judiciary Act of 2021

Republicans came out swiftly against Democrats’ work to pack the Supreme Court. House Minority Leader Kevin McCarthy spoke out against it during an interview with Fox Business earlier today.

McCarthy described the Judiciary Act of 2021 as an attempt to “dismantle” the United States, rather than respect the Constitution. The GOP leader also informed that Democrats’ work to pack the Supreme Court speaks to how extreme the party has become; McCarthy told Fox Business that elected Democrats today are no longer the moderate leftists of the past.

Finally, the House Minority Leader stated that adding four new liberal justices to the Supreme Court is all about Democrats taking more control. McCarthy then declared that he never expected Democrats to take things this far.

Further Fallout from Legislation to Pack the Supreme Court

In the past, Democrats have spoken out against packing the Supreme Court; even President Biden and the late Justice Ruth Bader Ginsberg previously stated their own oppositions against adding new justices to the Supreme Court.

Democrats have considerably changed their tune. Right now, the left has the White House, Senate, and House of Representatives. This isn’t enough for Democrats, though; now they want total control of the Supreme Court as well.

As of this afternoon, “Supreme Court” has trended on Twitter. Republicans aren’t hesitating to point out the double standards and hypocrisy of Democrats now introducing legislation to pack the court.