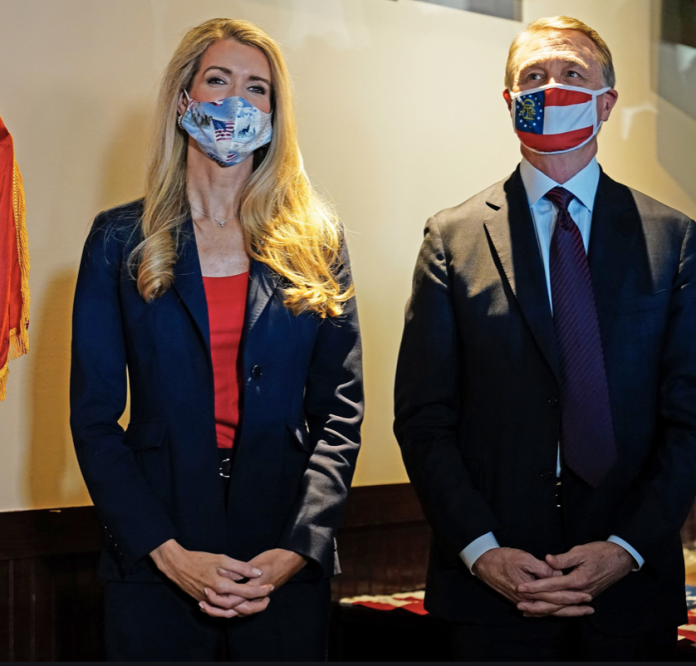 The state of Georgia remains at the center of nationwide attention amid the two senatorial races.

Republican Sens. David Perdue and Kelly Loeffler are both running for re-election. If they win their runoffs on January 5, the Senate will stay controlled by a Republican majority. However, should Democrats Jon Ossoff and Raphael Warnock win the seats of Perdue and Loeffler, Democrats will have full control of the U.S. Congress.

Democrats are hard at work on Ossoff and Warnock’s behalfs. Meanwhile, Republicans are also working mightily to ensure Perdue and Loeffler’s re-elections. New developments show that allies for first son Donald Trump Jr. are launching a super PAC to persuade Georgians to vote for Perdue and Loeffler.

Aides to the eldest first son seek to get Trump voters out to the polls in these runoffs. Early voting in both Georgia senatorial races starts on December 14, precisely two weeks from today.

To ensure the effectiveness of this PAC, Trump allies are seeking to “directly engage” with Trump voters in Georgia. Strategies to make this happen will include the distribution of pro-Perdue and pro-Loeffler ads on Georgia radio outlets and right-wing television.

The critical nature of the vote

If Georgia Republicans don’t show up in droves for Sens. Perdue and Loeffler, there is a strong possibility that Democrats could take the Senate.