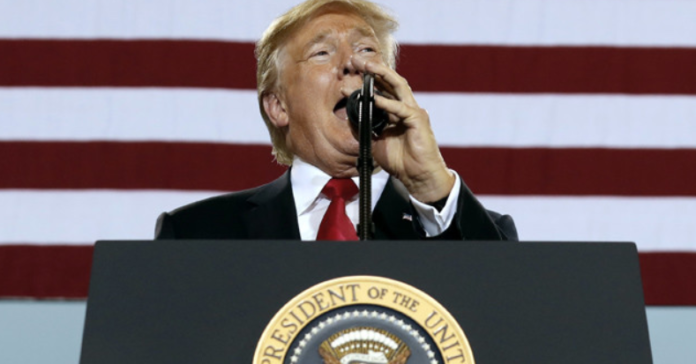 A recent report by Politico asserts that 82% of President Trump’s supporters would vote for him again.

One Year Since President Trump’s Election

On Tuesday, Politico polled American voters. 82% of Trump voters expressed they would vote for the President again, while 78% of Clinton voters would also vote for her again.

Conversely, 7% of Trump voters and 8% of Clinton voters affirm they would support a different candidate if they had a do-over.

Thoughts regarding the coverage of President Trump’s election greatly vary. Many liberals and progressives view it favorably. Conversely, conservatives and Republicans note bias and the ongoing promotion of an anti-Trump agenda. Moreover, a Harvard study determined that 93% of the reports pertaining to the President were negative within his first 100 days in office.

Many right wingers have cited this study as a cause for concern. Trump supporters and most conservatives believe the media has a responsibility to cover President Trump without bias. In most cases, left wingers are very critical of conservatives who express discontentment with overwhelmingly negative coverage regarding the President.

Furthermore, Politico asserts existing ‘questions’ about whether President Trump will complete his first term. This may be prompted by the fact that many liberals have called for the President’s impeachment. However, as conservatives and Trump supporters have noted many times, disliking President Trump and/or his policies does not merit impeachment.

The only grounds for impeachment are treason, bribery, high crimes, or other misdemeanors.

President Trump has not committed any of the aforementioned crimes.