Natural gas is floating on the surface of the Baltic Sea above the damaged Nord Stream pipelines, images from the Danish military show.

Danish Defence on Tuesday shared a video taken from a helicopter showing the severe damage caused by the leaking pipelines, which European officials believe have been sabotaged.

Danish Defense said the most considerable disturbance on the surface is spread across more than 1,000 meters, while the smallest is about 200 metres. 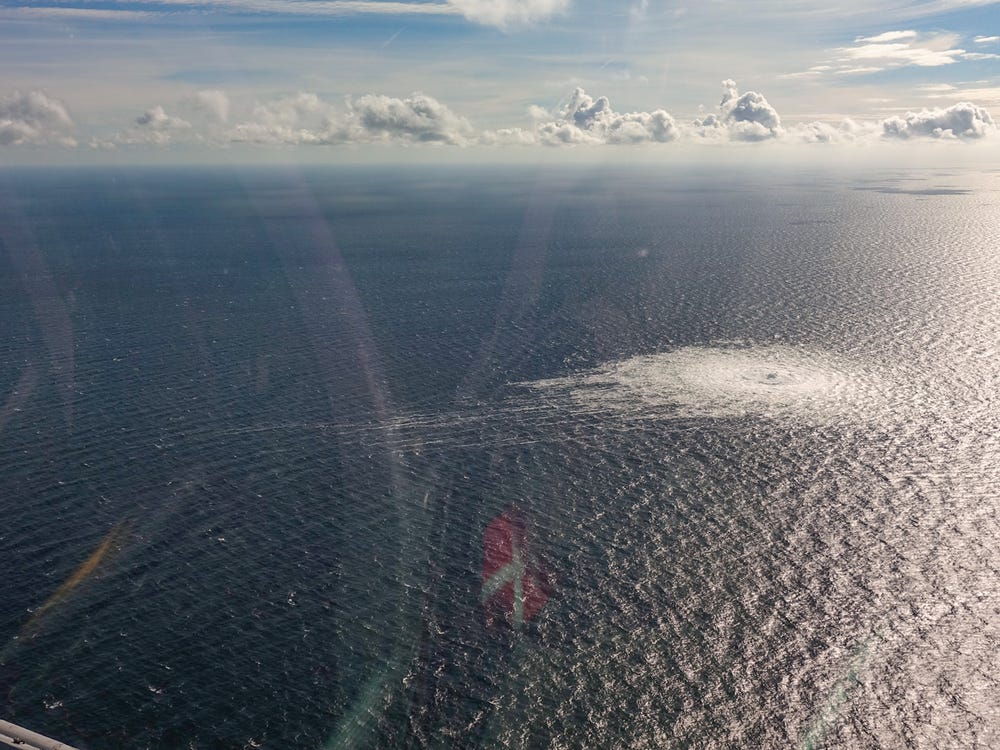 The Nord Stream 1 and Nord Steam 2 systems were supposed to transport natural gas from Russia to Europe. Each one comprises two pipelines, giving four in total. Danish and Swedish officials have said that three of the four pipelines are leaking.

The damage to Nord Stream is a further blow to Europe as it grapples with an energy crisis.

The leaks are northeast of the Danish island of Bornholm.

An explosion measuring 2.3 on the Richter scale was detected in the area at 7:04 p.m. local time Monday, Björn Lund, a seismologist at Sweden’s Uppsala University, told Expressen, a Swedish newspaper.

The leaks are at a depth of between 70m and 80m, the Swedish Maritime Administration said, per Expressen.

Nord Stream AG, the operator of the pipelines, said Tuesday: “The destruction that happened within one day at three lines of the Nord Stream pipeline system is unprecedented.”

Danish prime minister Mette Frederiksen said Tuesday the situation was “extraordinary” and it was “difficult to imagine” the damage was accidental. German media earlier reported government sources as saying they suspected Nord Stream had been sabotaged. Meanwhile, according to Reuters, the Kremlin has said it couldn’t rule out sabotage.