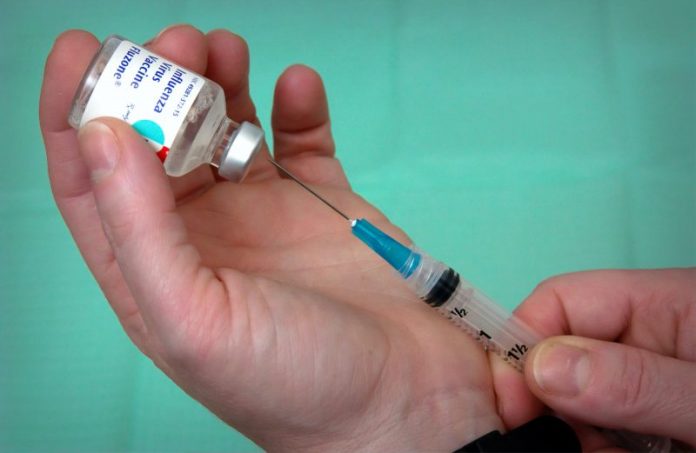 The prices of the COVID-19 vaccine were finally revealed on Friday when Belgian Secretary of State for Budget Eva De Bleeker mistakenly published the price per dose on her Twitter account.

Eva De Bleeker tweeted the price of each vaccine dose and the number of doses purchased by Belgium. 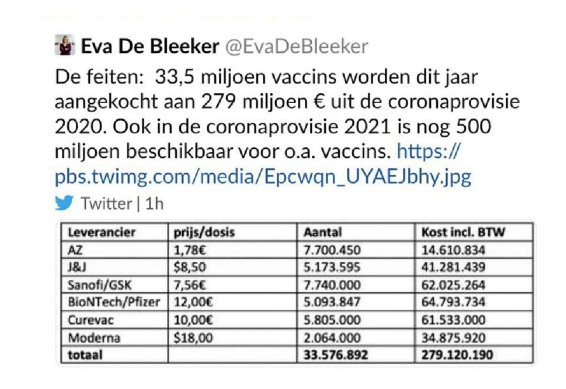 The tweet was instantly followed by a complaint from the U.S. drugmaker Pfizer that considered it as a breach of confidentiality. Eva De Bleeker consequently deleted her tweet.

“These prices are covered by a confidentiality clause in the contract with the European Commission,” Elisabeth Schraepen, the U.S. drugmaker’s spokeswoman told Belgian Daily Le Soir.

The tweet also reveals how much Belgium is spending on COVID-19 vaccines. The European country is paying 270 million euros ( $341 million ) on more than 33 million doses. “This year 33.5 million vaccines will be purchased,” Eva De Bleeker wrote on Twitter: “And we are going to pay a total of 279 million euros ($341m) for this.”

However, the most interesting information about the tweet is the price variance and gap between the U.S. and the European Union. When asked about the incident, the spokesman of the European Commission told Daily News ” We can’t say anything about this case, everything about vaccines and prices are covered by confidentiality clauses, in the interests of society and also in the interests of negotiations ongoing.”

De Bleeker was called later by Belgium’s Chamber of Representatives to explain the incident. The opposition politicians blamed her and considered her actions as a violation of confidentiality. De Bleeker responded to the chamber: “One of the pillars of my policy is transparency and I have been a bit too transparent, perhaps”.