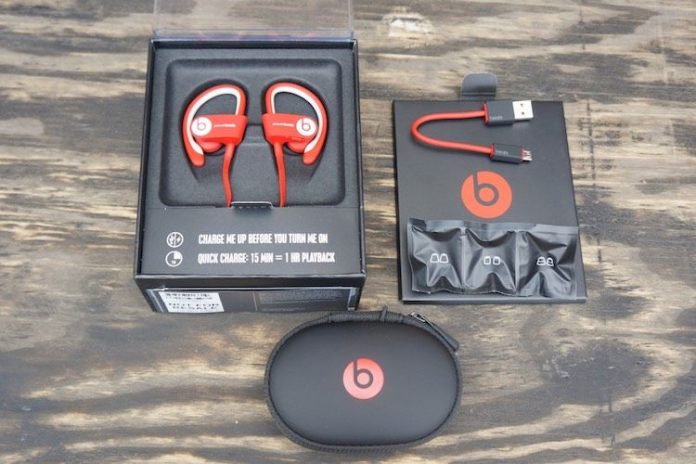 Anyone who bought a pair of wireless Powerbeats 2 earbuds before Aug. 7,  may receive a part of the $9.75 million settlement that Apple agreed to after accusations of “false advertising.”

The class-action lawsuit Simmons et al. v. Apple Inc., Case No. 17cv312251, was filed in June 2017 in Santa Clara County, California. It accused Apple of falsely advertising that its earbuds were waterproof/sweatproof and “built to endure.” But the lawsuit claims the Powerbeat 2 earbuds were actually “shoddy,” “defective,” and lost their charge with “minimal use.”

The original lawsuit targets Apple’s 2016 Powerbeats 3 with claims they were also defective. But the settlement is specific to the Powerbeats 2, which were released in 2014.

Apple has agreed to settle but hasn’t admitted to any wrongdoing. Apple considers it a business decision. In the legal filing notes, the company says it decided that settling was cheaper than the expense of a full-blown trial.

Any claims must be submitted by Nov. 20. The claim forms are available and can be downloaded on the lawsuit website.

The amount each claim will receive is based on a variety of factors, which includes, the number of people that make claims, whether the original proof of purchase is available, and whether there are any records of a warranty repair or replacement for the earbuds in question. In theory, an individual purchaser could receive up to $189 if they have proof of purchase.

A final hearing is scheduled for January 15, 2021, to determine the fairness of the proposed settlement agreement. Relief will first be provided to class-action members after final approval by the court.