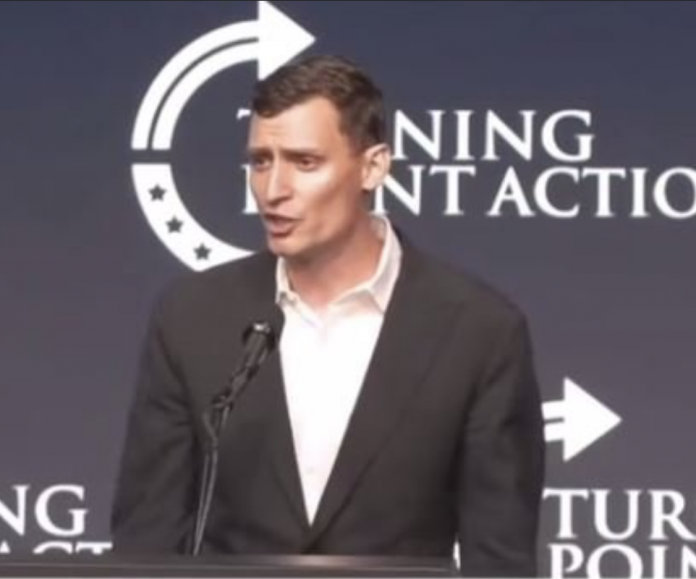 The 2022 midterm elections are still more than a year away; however, that doesn’t mean there isn’t a lot riding on them. The congressional races will determine which party controls Congress for the second half of Biden’s term in the White House. They’ll also play a role in what direction our nation goes in.

The GOP and Democrats are both eager to win the midterms. However, the Democrats have a lot of strikes against them. The mounting increase of lawlessness and inflation are just a few instances; the same applies to the increasing exasperation with President Biden’s leadership.

Republicans are fighting to earn wins in the midterms; however, one GOP candidate running for a Senate seat in Arizona wants Republicans to understand something important.

Blake Masters is a venture capitalist turned Republican candidate in Arizona. Masters sat down for an interview with Fox News over the weekend; during this time, Masters detailed the significance of the upcoming elections for the Republican Party.

The venture capitalist declared that America is pretty much done if Republicans lose the midterms and the next presidential race. Masters noted that the country simply cannot endure the leftist agenda, one that Democrats would be able to perpetrate if they win 2022 and 2024.

He also told Fox News that Democrats haven’t minced words or trod lightly in regards to trying to enact their plans. This is apparent as Democrats seek to pack the Supreme Court with liberal justices and give Washington D.C. statehood.

Basically, Masters made it clear that just about everything is riding on the 2022 midterm races and 2024 presidential election.

Republicans’ strategies for the 2022 midterms

It appears as though much of the GOP shares the views of Blake Masters.

Right now, Republicans are hard at work to direct their focus on the districts they’ll need to regain the House of Representatives. The GOP is also delivering messaging to voters, recently putting out an ad in Texas about the importance of voter ID.

Finally, Republicans are not letting American voters forget about what all has resulted from Democrats leading the White House and Congress. Higher prices across the board and rises in murder, rapes, robberies, etc., are just a couple examples.