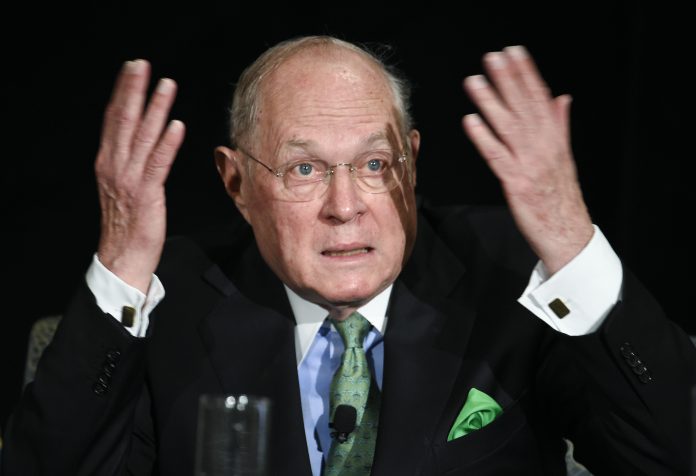 Anthony Kennedy, one of the Justices for the Supreme Court, announced his upcoming retirement on Wednesday.

Politics of the Court

The Supreme Court decides the legality of many push-button policies. They rule on abortion practices, gay rights, gun control, and business practices, among any other legal question that they decide.

With nine members and a lifetime Presidential appointment, the Court can be very influential for one political party or the other. Justice Kennedy was considered to be a conservative judge. As he steps down, that will leave four conservative Justices and four liberals. As the current President, Trump has the opportunity to keep the balance tipped for conservatives and Republicans.

President Trump said that he will fill Kennedy’s vacancy immediately. He already has a list of 25 potential nominees that he updated at the end of last year. Mitch McConnell, the Senate Majority Leader, said that the Senate will vote to confirm a nominee this fall.

This will be the second Justice Trump appointed. He succeeded in appointing Neil Gorsuch to the Court last year. Since then, Republicans succeeded in changing the Senate rules so that members can’t filibuster against Court appointments.

With the Senate still being mostly Republican, no one expects Trump’s appointment this year to meet with much resistance. Three Democrats even voted for Gorsuch last year. This year, Republicans will only need the majority 51 votes to confirm Trump’s nominee.

Republicans are also hoping that the appointment of another conservative Justice will motivate evangelicals and conservatives to vote in mid-term elections. With the excitement of a favorable court, Republicans could also seal their majority control over the Senate, the House, and the state governorships.

The current Senate Minority Leader is Chuck Schumer. He said that it would be hypocritical to vote before the mid-terms. He’s referring to the way McConnell blocked Barak’s Obama’s nominee in 2016 until after the elections.

Schumer stated that the Senate should wait to confirm such an important appointment until after the election. That way, Americans will have a chance to vote for which party they want in control of the decision.

There was no law concerning delaying voting on Justice nominees in 2016. However, McConnell said that he blocked Obama’s nominee because he felt the appointment of a new Justice should be left to the incoming President, not the exiting one. Because Trump is only halfway through his first term, it’s appropriate that he choose the next Justice.

Senator Chuck Grassley is the chairman of the Judiciary Committee. He backed McConnell’s statements by noting that the Senate confirmed Justice Kagan in a midterm election year.