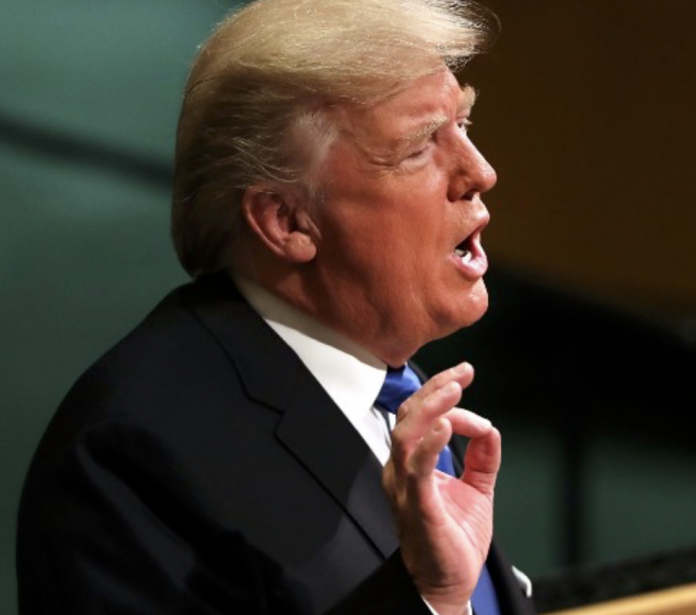 Despite President Trump’s recently signed executive order to halt the separation of illegal immigrants who cross the U.S. Southern border, left-wing protesters ongoingly express their ire. Moreover, the leftist rage continues to escalate; various Americans on both sides of the aisle have spoken out about what they view as potential, forthcoming dangers of increasingly violent protests.

Now, the left has taken their protests to members of Immigration and Customs Enforcement (ICE). In the minds of these protesters, ICE officials are unjust for enforcing immigration laws. Not too long ago, several individuals who work for ICE had their personal information leaked online; hence, left wingers are now harassing ICE officials in New York, Oregon, and Washington D.C.

Yesterday, President Trump weighed in on the aforementioned events, slamming the leftist protesters:

“Left-wing activists are trying to block ICE officers from doing their jobs… putting these people and their families in harm’s way. These radical Democrat protesters really want anarchy. The only response they will find from our government is very strong law and order.“

The President then went on to denounce additional calls for the complete abolishment of ICE:

“Extremist Democrat politicians have called for complete elimination of ICE. You know what would happen to parts of our country? It would be overrun.“

The Rise of Leftist Protests

The surge of left-wing protests in America have prompted conversations regarding civility and tolerance. However, many Democrats continuously express opinions which place tolerance and civility in considerably low regard.

California Democrat Maxine Waters faced somewhat bipartisan backlash this past weekend after publicly rallying for the heckling and harassment of Trump administration officials.