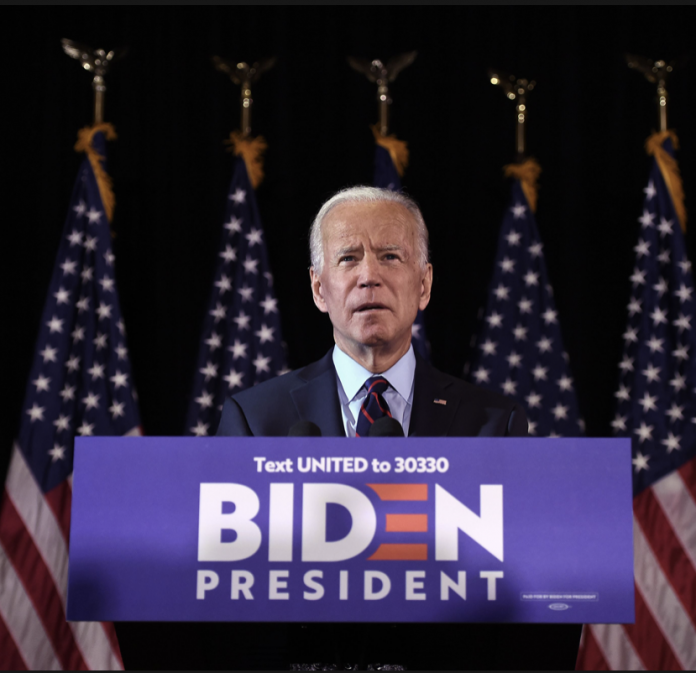 Censorship is largely viewed as problematic, especially in Libertarian and right-wing circles. Individuals who lean right-of-center are likelier to take issue with the censorship of speech, due to the slippery slope it creates.

Leftists, on the other hand, tend to be in favor of censoring speech which they view as hateful or distasteful. The problem arises, however, in deciding who gets to determine which speech is hateful or distasteful. Who gets to be the arbitrator of this matter and why do they get to be the arbitrator? For these reasons, freedom of speech is generally lauded by those who lean right-of-center.

New conversations about censorship in America are upon us; these new conversations come amidst Joe Biden’s request that major news networks bar Trump lawyer Rudy Giuliani from appearing on TV.

Why Does Biden Want to Censor Rudy Giuliani?

The former vice president’s official moves to censor Giuliani come via his presidential campaign. On September 29, 2019, the Biden 2020 campaign sent letters to various media outlets and moreover requested that they “no longer book Rudy Giuliani.” Through his campaign, of course, Biden claims that Giuliani will only put out “debunked conspiracy theories.”

Biden’s request to these major news organizations is the latest update in a fascinating saga. Last week, House Speaker Nancy Pelosi announced that Trump will now face an impeachment inquiry due to claims from a whistleblower alleging a quid-pro-quo. Later would come reminders of Biden’s own quid-pro-quo.

NEW: Team BIDEN just sent letter to every major TV news network, calling for RUDY to be kept off the airwaves. “He will knowingly and willingly lie,” letter says. pic.twitter.com/7oGQ4b3f4X

The former vice president once proudly bragged about keeping aid from Ukraine unless they fired a top prosecutor. However, it turned out that the prosecutor whom Biden wanted gone was investigating a Ukrainian gas company which his son, Hunter Biden, worked for.

Since these allegations, Biden has denied that he facilitated a quid-pro-quo. Although, he hasn’t provided an explanation for the connection regarding the prosecutor’s investigation of a company which employed Hunter Biden.

The Dangers of Politically-Motivated Censorship

Many Americans view censorship as inherently dangerous, but political motivations behind this censorship adds new levels and dynamics. Right now, Biden believes that Giuliani should no longer appear on air because the latter will supposedly lie.

What happens if top Republicans start contacting major news organizations and requesting for leftist aides and individuals to be banned from TV?

Situations like this are why freedom of speech is the First Amendment before all others.