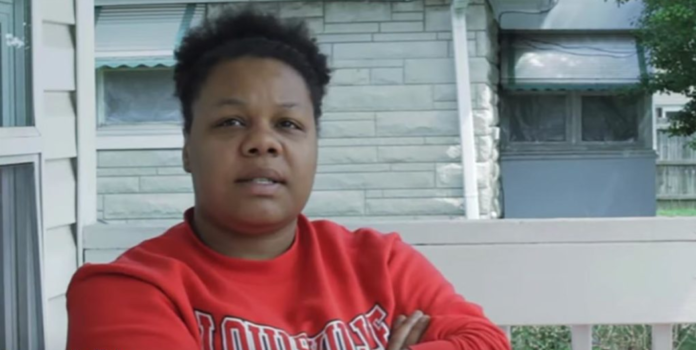 Rioting in the streets was obviously not enough; they are now demanding for white people to fork over their homes and hard earned money to people of color, as reported by Blue Lives Matter.

Nobody Owes Blacks Anything

There are a few things Black Lives Matter needs to understand. First and foremost, nobody, white people, or anyone for that matter, owes them half of a cent. Chanelle Helm, co-founder of Black Lives Matter Louisville, penned a letter requesting white Americans to “will your property to a black or brown family. Preferably one that lives in generational poverty” and “re-budget your monthly so you can donate to black funds for land purchasing.”

Helm’s requests are utterly inane. However she arrived at her state of mind is irrelevant; not a single person in their right mind will comply with her demands. Instead of asking for handouts, Helm and her Black Lives Matter supporters should work to make something of themselves. Perhaps then they’ll have what they think whites have.

Excerpts From The Official Letter

Moreover, Helm’s letter contains a series of disgustingly entitled requests, some of which read as follows:

“White people, especially white women (because this is yaw specialty — Nosey Jenny and Meddling Kathy), get a racist fired. Yaw know what the fuck they be saying. You are complicit when you ignore them. Get your boss fired cause they racist too.”

“[T]his should be easy but all those sheetless Klan, Nazi’s and Other lil’ d[*]ck-white men will all be returning to work. Get they ass fired. Call the police even: they look suspicious.”

“Commit to two things: Fighting white supremacy where and how you can (this doesn’t mean taking up knitting, unless you’re making scarves for black and brown kids in need), and funding black and brown people and their work.”

The Way The World Works

Chanelle Helm is an extremely miserable and unaware individual. Clearly, this woman has no grasp on reality and the way the world works. As previously stated, nobody owes her anything. We, as Americans, all have to work for the things we want. There are no free lunches and no free handouts.

Anyone in favor of Helm’s absurd requests needs to wake up. Instead of begging white men and white women to fund her, Helm needs get a job, learn a skill, go find work. This is 2017 and a plethora of opportunities are available to those in search of them.

The ability to fund one’s own livelihood is so much more liberating and empowering than begging others for the fruits of their labor. The enslavement of past ancestors does not justify Chanelle Helm’s gross entitlement. She can work for what she wants just like everyone else, but as long as she holds onto her self inflicted victim mentality, she will achieve nothing and go nowhere.