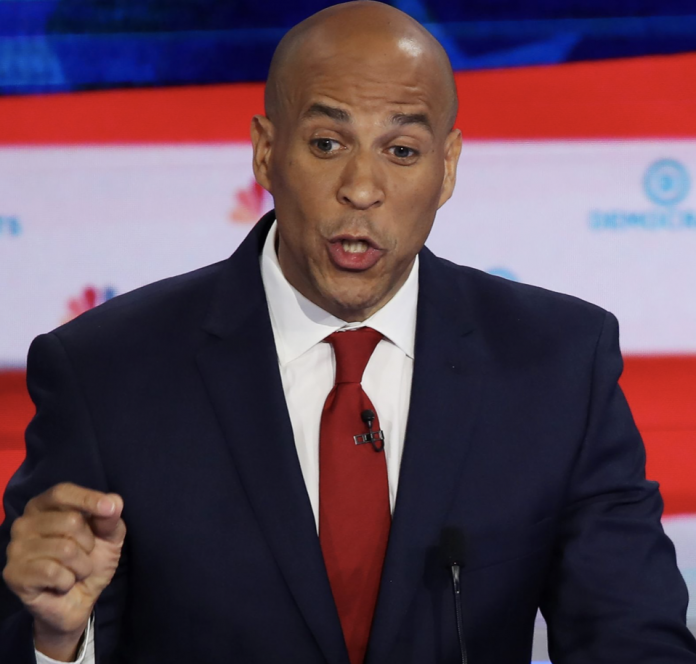 With the first Democrat primary debate out of the way, candidates are quite eager to rise above the competition. Sometimes, this ascension involves directly going after one’s opponents, especially if that opponent just so happens to be a frontrunner.

In the case of Cory Booker, this is precisely what’s happening. On Friday, Booker lectured Biden regarding the latter’s statements on racial perceptions and perceived biases. Booker’s criticism came after the former vice president’s statements about a hypothetical “kid wearing a hoodie.”

A Closer Look at Booker vs. Biden

While visiting the Rainbow PUSH Coalition headquarters, Biden spoke about attire, race, and the implications of negative perceptions.

“That kid wearing a hoodie may very well be the next poet laureate and not a gangbanger.”

Now, many may argue that Biden maintained well-meaning intentions, however, his intentions did not stop Booker from weighing in. The candidate took to Twitter to express his concerns about the manner in which Biden discusses race in America.

This isn’t about a hoodie. It’s about a culture that sees a problem with a kid wearing a hoodie in the first place. Our nominee needs to have the language to talk about race in a far more constructive way. https://t.co/c2BFSSOHro

Despite his frontrunner status, Biden has faced criticism from multiple sources in regards to race. The former vice president also came under fire earlier this month after Americans learned of his previous work with segregationalist senators.

This is a point which Kamala Harris, another Democrat candidate, brought up during Thursday’s primary debate. Biden and Harris went back and forth with Biden noting his record in civil rights activism. However, Harris cited voluntary bussing as an issue which Biden opposed decades ago; the former vice president denied Harris’ claim while on the debate stage.

On Friday, Biden also issued the following statement in regards to his exchange with Kamala Harris:

“I heard and I listened to and I respect Senator Harris. We all know that 30-60 seconds on campaign debate exchange can’t do justice to a lifetime commitment to civil rights.”

The likelihood of Joe Biden facing additional attacks as the primary race proceeds is very likely. There are many Democrats who are eager to win the nomination to represent their party in 2020. Likewise, many candidates want Biden’s position as the party’s frontrunner.

Only time will tell which Democrat goes on to win the nomination and face President Trump in 2020.