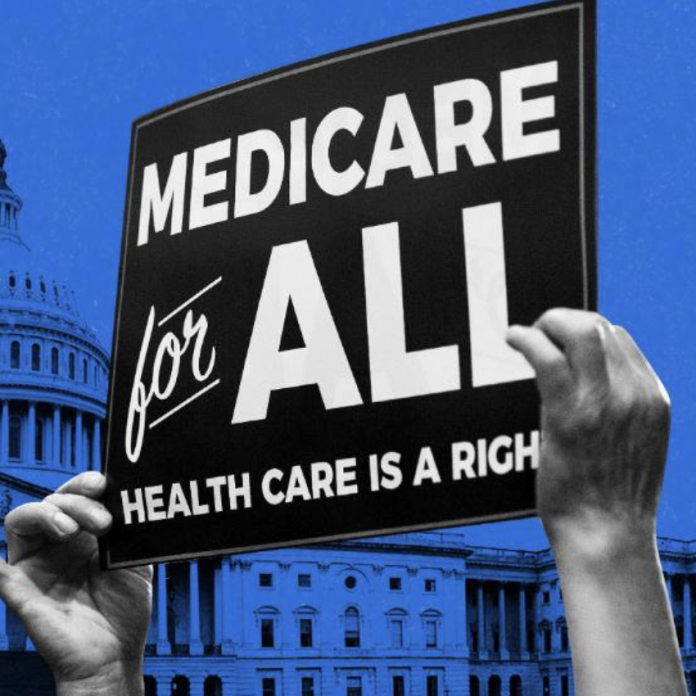 As the 2020 presidential election continues to play out, healthcare is at the forefront of central issues. Many Democrat candidates affirmed their support for this particular manner of healthcare during the first primary debates earlier this week.

It also turns out that Medicare-For-All support is not mutually exclusive to Democrat presidential candidates. Precisely 50% of the House Democrat caucus has chosen to get on board with Medicare-For-All, as of Friday.

Examining the Support for Medicare-For-All

Medicare-For-All is extremely popular amongst Americans who lean left of center. Put simply, progressives and Democrats maintain that this proposal will grant healthcare to everyone.

This proposal is very popular amongst House Democrats also. Reps. such as Alexandria Ocasio-Cortez, Rashida Tlaib, Ilhan Omar and others have proudly championed Medicare-For-All. It’s almost becoming a central stance within the party of Democrats.

YES! 115 co-sponsors of #MedicareforAll! Thank you so much to @RepCarbajal for fighting to ensure health care as a human right in the United States! pic.twitter.com/a27NpUF7xq

Examining the Opposition Against Medicare-For-All

Conservatives and others on the right wing remain strongly against Medicare-For-All. Many Americans take issue with booting hardworking people off of healthcare which could work very well for them. The role which government inherently plays in a system such as Medicare-For-All is furthermore problematic to individuals who lean right of center.

Medicare-For-All is also viewed as radical by conservatives, despite left wing assertions that this care will help all Americans. On Thursday, 2020 candidate Bernie Sanders admitted that if Medicare-For-All succeeds, the middle class will lose greater amounts of income to taxation.

Taking another hit to income is another factor which can negatively impact working people. However, Sanders also claimed that this trade-off will ultimately prove as advantageous in the end. Whether or not this assertion is true or false largely depends upon where one stands politically and economically.