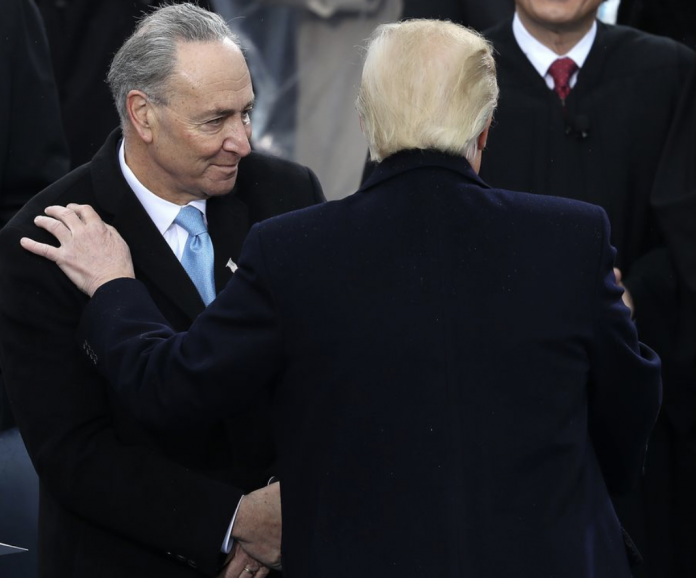 Tomorrow, President Donald Trump will be speaking to the nation during his State of the Union address. It goes without saying that the upcoming event is widely anticipated.

However, some of the president’s adversaries have weighed in on what they believe is to come. Senate Minority Leader Chuck Schumer recently blasted President Trump’s administration and the statements which he believes Trump will make tomorrow.

First and foremost, Schumer began by contesting claims of a better economy under President Trump:

The Senate Minority Leader furthermore opined that the Trump presidency is a disruption to the efficiency of government:

“The president makes these off the cuff decisions based on how someone looks and we all pay the price. Continuity and effectiveness of American government [are] deeply compromised by the turmoil and turnover at the White House.”

Criticisms of the Trump Administration

Schumer’s statements about the Trump administration are nothing new. The left-wing ongoingly censures the president and his team for various perceived wrongdoings. The most common talking points involve White House staff turnover and Trump’s policies. Allegations of racism, which many Americans view as unfounded, are also frequent claims from left-wingers. President Trump, in turn, pushes back against his critics by noting improvements which different Americans have experienced since his time in office.

At this time, the president and Democrats maintain a highly antagonistic relationship. Both parties are on polar opposite sides as it pertains to building a wall along the Southern border. Trump views his promised physical barrier as a commonsense border security measure; Democrats, by contrast, see the wall as wasteful and ineffective. They are also refusing to provide the necessary $5.7 billion dollars in order to construct the wall.

The Upcoming State of the Union Address

President Trump will deliver his State of the Union address tomorrow. Ordinarily, the president’s delivery of the address would have taken place last month. However, due to the government shutdown, House Speaker Pelosi elected to block President Trump from delivering the address.