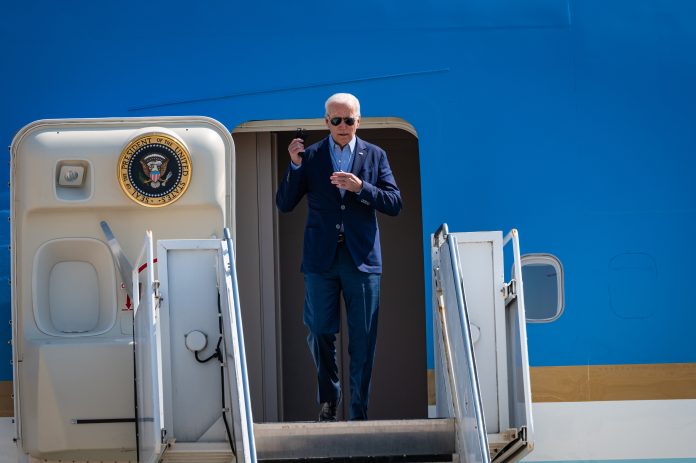 Inflation is a major, yet unfortunate, hallmark of the Biden administration. Due to decisions made by the White House and a Democrat-run Congress, inflation’s giving America a run for her money.

The general public is paying more for gas, groceries, clothes, and other necessities. Furthermore, the ongoing supply chain crisis is causing shortages and even higher prices, as there are delays on getting essential goods for various markets.

Nevertheless, President Biden continues to make clear that addressing inflation is the last thing on his mind. CNN writer Harry Enten branded this as ill-advised and short-sighted in an analysis piece.

CNN is a traditionally leftist network that backs Democrats and goes after right-wingers. However, this particular writer made his thoughts known on Biden.

Enten said amid the current inflation crisis, Biden keeps “flailing”; he also declared in his piece that economic problems are costing the president the trust of the American public.

The CNN writer later went on to note the current record lows in consumer confidence, along with extremely rampant concerns about inflation and higher costs for goods and services.

After drawing attention to a poll that says 60% of the country believes Biden lacks the appropriate focus on inflation, Enten pointed out yet another poll showing merely 27% of Americans view infrastructure as a pressing matter.

President Biden’s been working day and night to get his infrastructure bill (a bill packed with extreme leftist policies) through Congress. However, there’s nothing from the president on addressing inflation; many Americans view this as indicative of Biden’s disconnect from the rest of the country.

Bad news for the Democrats in 2022

Consistently low approval ratings for the current Democrat president do not bode well for the Democrat Party in the 2022 midterms. The GOP is rightfully hitting this president and leftist polices.

Furthermore, polls indicate Democrats are highly unlikely to keep their small majorities in the House or Senate. In the House, Democrats are quitting or vacating their seats to seek other positions.

Meanwhile, Biden’s approval ratings are down in key states that require wins for the Senate. All in all, Republicans appear in a good position to take back control of Congress.