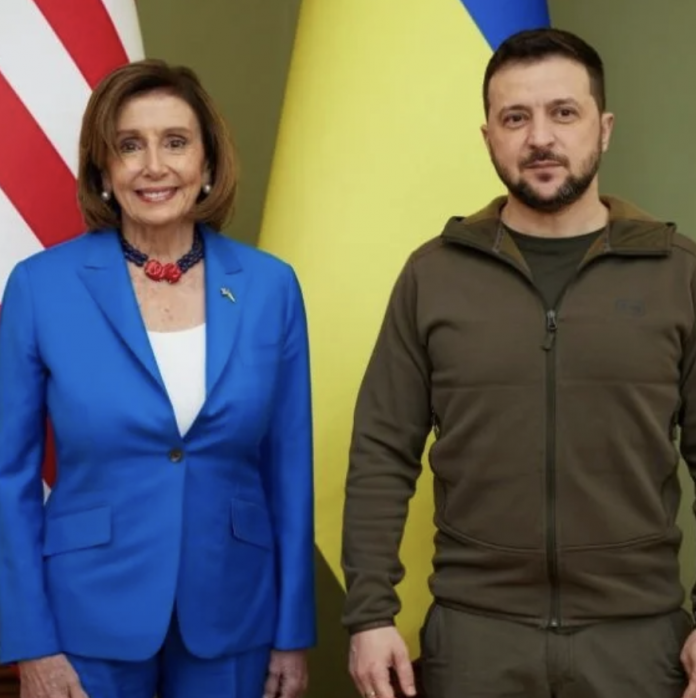 For about the past 1.5 months, the nation of Ukraine’s been literally put through hell.

Much of the world remains horrified by these occurrences. This is one critical reason why the Russian government has a number of sanctions levied against it.

Meanwhile, multiple western nations have sent various forms of aid and weaponry to Ukraine. Right now, assistance plays a vital role in Ukrainians even having a chance of winning the war that Russia started.

This week, in America, it’s come out that the US government may very well approve even more aid to Ukraine.

The latest on US aid to Ukraine

Lawmakers on both sides of the aisle continue to show support for Ukrainians. Many have met with Ukraine President Volodymyr Zelenskyy to show their solidarity.

At this time, Zelenskyy maintains his nation needs all the help it can get. Thus far, the United States has transferred $13 billion of assistance to Ukraine. Biden, meanwhile, is rallying for another $33 billion to go over to the nation.

However, Pelosi did not provide a timeframe for when new aid may arrive in Ukraine. The House Speaker noted during a press conference that the passage of bills takes time.

Ultimately, though, Pelosi expressed that Republicans and Democrats alike will get on board with approving more aid to Ukraine.

There is no denying Ukraine requires all the support it can obtain. As Putin wages war against this nation, he also continues threatening the West with war.

The Russian president likewise lashes out against countries considering joining NATO. Apparently, Putin’s fear of NATO is so great that he thinks it will do to Russia what he’s doing to Ukraine.

Notwithstanding all this, America still has domestic issues that need fixing. Inflation, the mess along the US-Mexico border, and supply chain backlogs are just a few examples.

Some critics say Biden is doing more for Ukraine than for the United States of America.