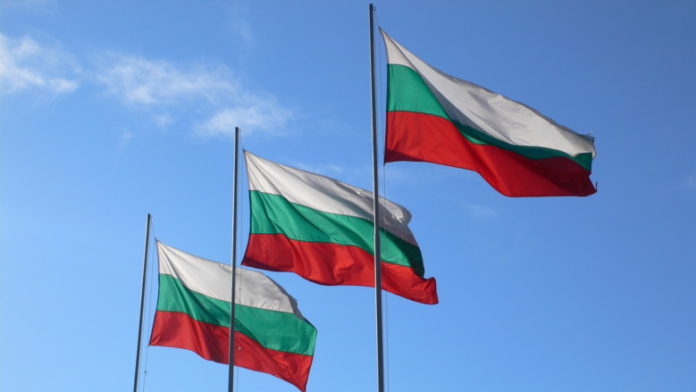 With Russia seeking to weaken NATO, Bulgaria has become an important counterweight to Russia’s strategic goals. And Bulgaria has much to commend it, but after a quarter century of total independence, Bulgarians have become tired of promises voiced with predictable hollowness by politicians of every persuasion.

Initially, the collapse of the Communist regime brought massive political and economic changes to Bulgaria. The establishment of multi-party democracy resurrected the political atmosphere of the pre-Communist era and the creation of large-scale private ownership brought forth businesses that did not exist under Communist rule. Large private industries, banks, independent media, mobile phone networks, tourism, with hotels and restaurants, etc. have facilitated consumers’ demands never seen before in Bulgaria’s long history. The state has ceased dominating people’s lives. Social media, the internet, and travel have been basically unconstrained. Indeed, the past twenty-five years have been the freest in recent Bulgarian history. 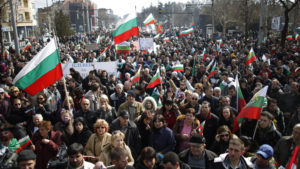 However, Bulgarians have increasingly been alienated from politics, because for the first two decades the old Communists, renamed Socialists, and the inexperienced fledgling Democrats alternated in power, without significant improvements in the standard of living of most Bulgarians. As a result of the worldwide financial crisis of 2008 and 2009, a new generation of Westernized Bulgarians have come of age politically. In 2009, a new party, named Citizens for the European Development of Bulgaria, under the leadership of Boyko Borisov assumed power in Sofia. Now, into his third term, he leads a coalition government that faces numerous challenges.

For starters, the coalition government would like to serve out the full four years of its mandate. This would be a historic accomplishment, because before this year, no government has survived for the duration of its electoral term. Having learned from past mistakes and under the leadership of Prime Minister Boyko Borisov, the coalition partners published a program entitled “Priorities for Governance 2017-2021” that entails a detailed concept of the new government. The 128-page document’s main focus is on the economy and the social sphere. Out of the twenty one chapters eight are devoted to stable and sustainable economic growth, financial stability, zero budget deficit, and improving the standard of living of every Bulgarian. Moreover, the program aims to reduce red tape on businesses, in particular small and medium sized ones, attract foreign investments, and develop existing capital markets.

Power generation, another priority for economic development, has a separate chapter in the document. Accordingly, chapter XVI (16) enumerates the six main priorities in the energy sector. These are:

1. Energy security and continuation of the deep offshore Black Sea exploration and undertaking of new tender for the Teres black;

3.  Optimizing the costs and feasibility of the largest state owned companies that are part of the Bulgarian Energy Holding

4.  Construction of the gas interconnectors with Romania, Greece and Serbia, and future electricity Interconnectivity, primarily with Greece.

5. Full liberalization of the electricity and gas markets.

This governance program, if implemented, will allow Bulgaria the enjoyed economic growth of the past 25 years. A serious roadblock on the path of smooth implementation of this governance program has been erected though, by the strange personality of the deputy Prime Minister, Valeri Simeonov. 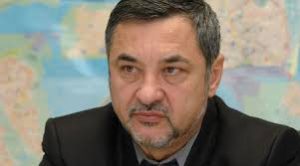 Entrusted to oversee Bulgaria’s demographic policy and to head the Federal Council of Minority Integration, Mr. Simeonov has had a checkered record of anti-Semitic, anti-minorities, and even neo-Nazi statements and actions. As early as the 1970s, when he was a student and visited the former concentration camp in Buchenwald, he posed for what he termed “joke photos”, mocking the victims of the Holocaust. Commenting on his and his fellow students despicable behavior he asked rhetorically: “Come to think of it, who knows what kind of joke photos we took there (meaning in Buchenwald). Can one say now, submit your resignation and go back to the village?”

Members of the sizable Roma community have not fared better by Mr. Simeonov. Musing about the size of the Roma families he stated: “They are brazen, feral, human-like creatures that demand pay without work, and collect sickness benefits without being sick. They receive child benefits for children that play with pigs on the street, and for women that have the instinct of stray dogs.” His party program includes a proposal to demolish “Gypsy ghettos” and the isolation of the entire Roma population in closed “reservations.” For good measure, the party program also proposes that such “reservations” should be used profitably by dressing them up as “tourist attractions.” To prove that he has not matured since his student years, Mr. Simeonov publicly opined about establishing “modern concentration camps” for the country’s minorities.

Understandably, the European Union is uneasy about the racist and fascist manifestations of Mr. Simeonov. To wit, Bulgaria needs the full support of Brussels both economically as well as financially. More importantly, Bulgaria is in line to assume the rotating presidency of the Council of the European Union from January to June 2018. Clearly, Mr. Simeonov is a grave burden and an unmitigated embarrassment for his country and the entire European Union. The sooner he resigns the better for the future development of the Republic of Bulgaria.