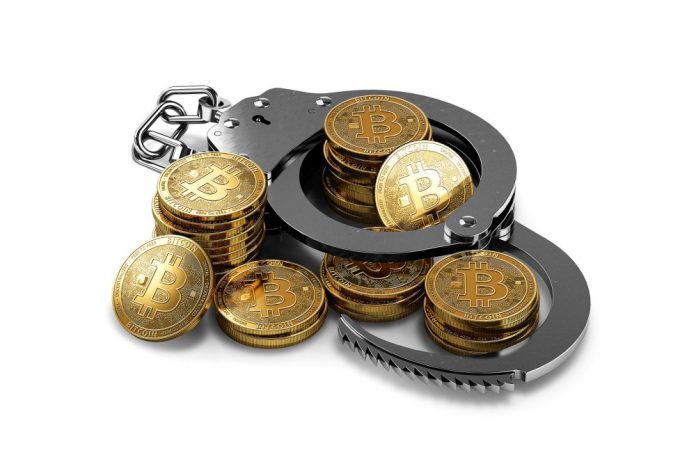 Cryptocurrency exchange fraud may be the newest pop-up bank robbing scheme out there. The Department of Justice (DOJ) charged six people with a “conspiracy to operate an unlicensed cryptocurrency exchange business” among other offenses. Acting United States Attorney John J. Farley, at the suggestion of a Federal Grand Jury of New Hampshire, brought the indictments.

This is a joint investigation by the FBI, IRS, and the United States Postal Inspection Service. The Financial Crimes Enforcement Network is coordinating the actions of all departments.

Arrests came for all six on Tuesday.  Their initial appearances before a United States Magistrate Judge was on Tuesday afternoon. New Hampshire Assistant United States Attorneys Georgiana L. MacDonald and Seth R. Aframe will be prosecuting the case.

Moreover, five of the defendants were also charged with wire fraud. Ian Freeman’s charges include money laundering. Additionally, Freeman is also charged with and operating a continuing financial crimes enterprise.  The charge against both Freeman and DiMezzo is operating an unlicensed money transmitting business.

The Indictment charges Cryptocurrency Exchange was a fraud

The indictment claims since 2016 the activities have been ongoing. “The defendants have operated a business which enabled customers to exchange over ten million dollars in fiat currency for virtual currency, charging a fee for their service. They operated their virtual currency exchange business using websites, as well as operating virtual currency ATM machines in New Hampshire.”

“The indictment alleges the defendants knowingly operated the virtual currency exchange business in violation of federal anti-money laundering laws and regulations. In furtherance of their scheme, the indictment alleges some defendants opened bank accounts in the names of purported religious entities. According to the indictment, some defendants then engaged in substantial efforts to evade detection of their unlawful virtual currency exchange scheme by avoiding answering financial institutions’ questions about the nature of the business and misleading financial institutions….”

The DOJ claims some of the alleged perpetrators had bank accounts in the names of religious entities. The operators of the exchange were trying to evade detection by misleading financial institutions into believing their business was actually  a “religious organization receiving charitable contributions.”

Some of those arrested were using aliases. The name of the exchange is still unknown.