Home America The Deal is in the Details – Trump and Un Set to...
SHARE 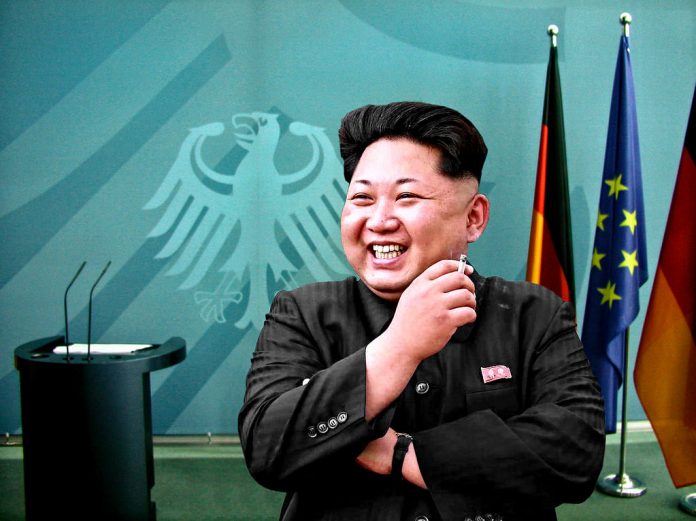 President Trump and his allies have a hard task ahead of them. They are currently preparing for the expected meeting with Kim Jong Un. Trump will meet with the leader of North Korea next month in Singapore.

The summit with Kim is somewhat of a surprise, but Trump wants to leave nothing to chance. He and his team are planning negotiating tactics, policy plans, and menu items.

Everything to be Arranged

Mike Pompeo, Secretary of State, said on Sunday to the CBS’ “Face the Nation” that they are working on the slightest details and the actual tackling and blocking at the meeting. He also stated that they have been working on these plans for weeks now.

It’s hard to predict how this meeting will go. Both leaders, Un and Trump, have strong personalities. But the White House is expected to come with some very strong negotiating tactics.

Meetings of leaders on this level are a huge task. We can compare these summits to icebergs. You can only see a small fragment of the work being done. The rest is underwater. And as in this case, when the summit is between two leaders of two conflicted countries, the list of concerns is only bigger. Officials from both the U.S. and North Korea are still working to format the meeting in the best possible way. They are deciding whether the leaders will share a meal and how long their interactions will last.

How to Make a Deal?

Only a few people are in direct contact with the people of North Korea.

Former New Mexico governor, Bill Richardson, is one of the people who had contact with the North Koreans. He has one suggestion. According to him, North Koreans are going to be very formal. He is advising the Trump administration to find a way for Kim and Trump to have some private time. They will need to speak without an audience to find open communication.

Trump brought Un to the table by bullying him. Will showing respect now be a better tactic?

What will Un want in exchange for giving up his nuclear weapons?