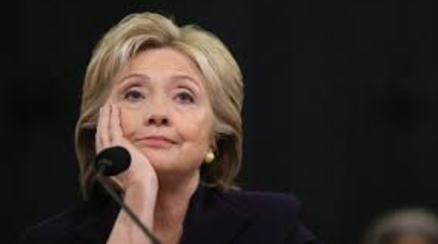 Like it or not, the 2016 Presidential election brought out the best and worst in American politics. One of the most uncomfortable truths to be revealed is that the Democrat Party is utterly reliant on a phenomenon known as identity politics. For those who aren’t aware, identity politics is a political style and ideology that focuses on the issues relevant to various groups defined by a wide variety of shared personal characteristics, including, but not limited to, race, religion, sex, gender, ethnicity, and the like. In a nutshell, identity politics is studying a group as a whole, determining how to use their beliefs for political gain, and then engaging in pandering to secure support and votes. The problem with identity politics is the assumption that all members of a group share the same notions and beliefs. Whether Democrats care to admit it or not, identity politics have become the foundation of their party.

For starters, Democrats are infamous for pandering to minorities and people of color. In doing this, they preach that white Americans have this supposed advantage known as white privilege. Their assert that simply being born white grants one privilege in America. In pushing this flawed ideology, they breed an entitlement mentality, or what some white nationalists would refer to as an “anti white agenda.” Quite frankly, Democrats are largely to blame for the rise of white nationalism and the alternative “alt” right. At some point, people are going to tire of being told that their skin color makes them an evil oppressors who should pay reparations for acts they never committed.

It is worth nothing that while identity politics is the new foundation of the Democrat Party, so is the cancerous victim mentality. Directly and indirectly, Democrats assert that various groups are victims and then subsidize this so called victimhood with big government programs like welfare, section 8 housing, and EBT.

Believe it or not, Democrats do this for one simple reason: to remain in power. The truly smart Democrats know that people of any color can get up, work, and make something of themselves if they genuinely wanted to; but Democrats aspire to halt any real progress for the groups of people they have classified as victims. You see, as long as Democrats can brainwash certain groups into believing they are helpless, their party can continue to give handouts, and come election season, win votes from their recipients.

In the modern world, Democrats are the true oppressors. Their employed weapons are identity politics and victimhood. Once people subscribe to the notion that they are helpless, they innately look for a savior. Democrats step in and provide all the government programs funded by people who actually work; they spew their rehearsed nonsense, win the votes, and repeat this process. Any clear headed observer can see this. It is a game that starts in the head, and sadly, Democrats have mastered this art. The only way to end the vicious cycle is for people to wake up and realize that they are responsible for their successes and failures.