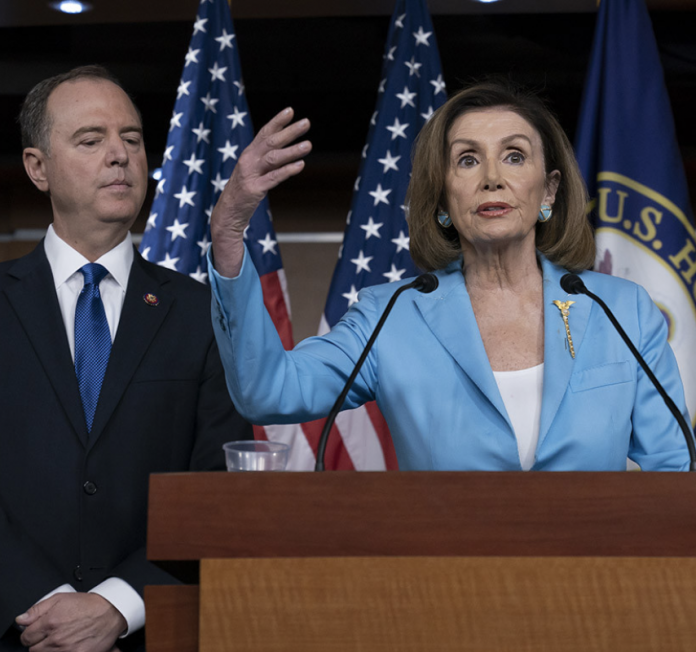 Impeachment proceedings against President Trump ended last week after the Senate collectively voted for an acquittal. Now, while the president is indeed acquitted for life, the aftermath of proceedings brought against him isn’t over; this is particularly applicable when it comes to Democrats.

In the wake of the aforementioned proceedings, Trump’s poll numbers shot up, as did the fundraising amounts for the Republican National Committee. With impeachment resulting in a significant failure for Democrats, the optics look terrible for their party. In fact, the optics and aftermath are so negative that it’s likely to cost Democrats their majority in the House of Representatives.

John McLaughlin, a Trump pollster, admitted as much during a sit-down with The Cats Roundtable.

The Likelihood of a Majority Loss for Democrats

During yesterday’s interview, McLaughlin explained that the left’s attempts to remove Trump from office “backfired.” As a result, the pollster maintains that Republicans are quite “likely” to regain majority control in the House.

He also went on to note that Democrats’ efforts only contributed to the rise of the president’s job approval numbers in addition to other matters. Citing past patterns, McLaughlin stated that Trump will win re-election; then, he went into the impact that impeachment proceedings had on Trump’s base.

In essence, Democrats’ insistence upon removing the president from office has rallied his supporters to come to his defense. This — along with the possibility of Trump expanding his base and bringing in more people — only increases the likelihood of the incumbent president winning a second term.

Finally, McLaughlin explained that the number of seats required for the GOP to regain their majority doesn’t bode well for Democrats.

The pollster’s precise statements on the matter read as follows:

“The Republicans only need 20 seats to retake the House. There are already 30 endangered Democrats in those seats. So, it could happen.”

The prospect of losing the majority in the House is only one of many issues that Democrats currently face. The party is still collectively in hot water over the disastrous outcome of their Iowa caucus.

Thus far, there is still no clarity on the outcome of the caucus; meanwhile, Democrats must prepare for the New Hampshire primary election. Only time will tell whether or not Democrats’ New Hampshire results are clearer than those of Iowa’s.