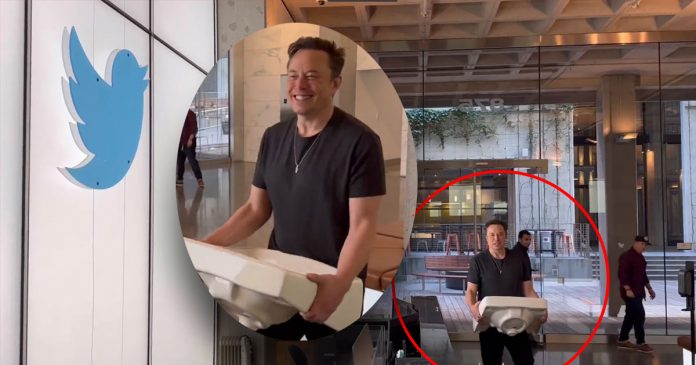 On Wednesday Elon Musk got to work turning Twitter into his vision of a digital town square. According to multiple reports, Elon Musk is officially the new owner of Twitter, Inc.

The seven-month-long bot-wrangling legal battle appears to be over. And Former President Trump, who has been banned from the platform, commented that he was happy that Twitter was now in “sane hands.”

The billionaire CEO of SpaceX and Tesla visited Twitter’s San Francisco Headquarters on Wednesday. Employees at that office received an email from Chief Marketing Officer Leslie Berland telling them that Musk would drop into the offices.

Musk entered the building carrying a white sink. And posted a video to his 40.6 million Twitter followers “Entering Twitter HQ – let that sink in.”

The Wall Street Journal reported that the dramatic entrance was followed by some high-profile terminations. The top executives of Twitter including Chief Executive Parag Agrawal, Chief Financial Officer Ned Segal and Vijaya Gadde, head of legal policy, trust and safety were fired and escorted out to the building.