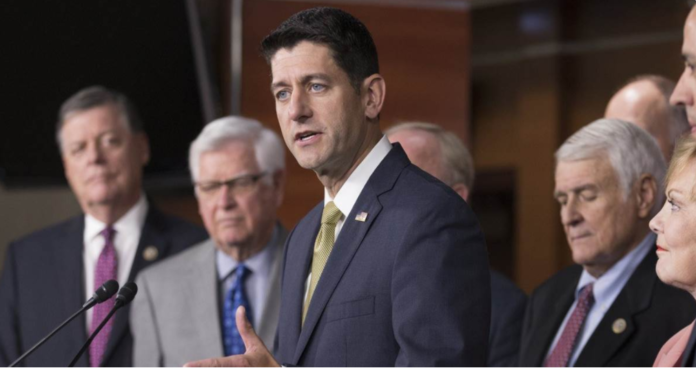 As reported by NBC News, Republicans released the logistics of their tax reform plan earlier today.

What Does The Plan For Tax Reform Entail?

Put simply, the aforementioned tax plan great reduces and slashes a plethora of various taxes. Firstly, the reform has a significant impact on individual taxes. Under the GOP’s plan, estate tax and alternative minimum tax are no more. Also, the plan reduces the number of tax brackets from seven to three.

Standard deductions for sole individuals increase to $12,000 while those who file together have a standard deduction of $24,000. The child tax credit goes past $1,000 and the majority of deductions are eliminated with the exception of the charitable deduction and mortgage interest deduction.

Speaker of the House Paul Ryan gave the following statement about the Republican Party’s plan for tax reform:

“Today we are taking the next step to liberate Americans from our broken tax code. This unified framework delivers a new tax code that is simple, that is fair, that is pro-growth and pro-family: cutting taxes on hard-working Americans so that you can keep more of your own hard earned paycheck, simplifying the tax code so that you can file your taxes on a form the size of a post card.”

“If I could say it as simply as possible, I would say that this tax reform conversation is about #keepyomoney.”

Other Democrats agree with Schumer and argue that Republicans’ tax plan helps the wealthy and harms the poor.

The tax reform plan has not yet been voted on.