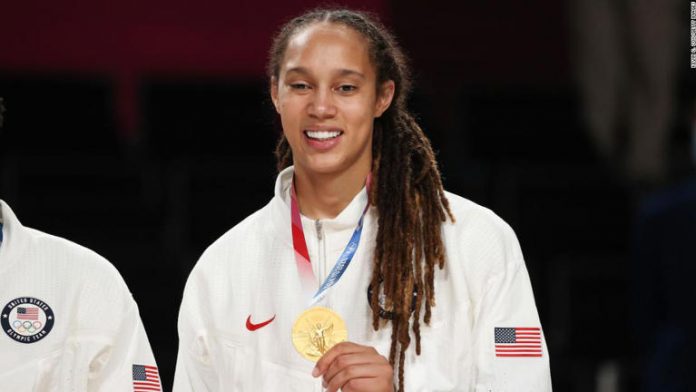 Johnathan Franks was immediately suspicious of the timing of WNBA superstar Britney Griner’s arrest. He thinks videos of her arrest seem staged. And he suspects that she is a hostage in Russia.

Griner was returning to Russia to compete in UMMC Ekaterinburg in the Russian basketball league. This is the 7th seventh season, where she has played for Russia during the off-season in the US.

Last month under mysterious circumstances the seven-time WNBA All-Star player was arrested by Russian officials at the Sheremetyevo Airport in Moscow.

This took place as the US and Russia were in a stand-off over Ukraine. And the news didn’t leak out till March 7th after Putin began his invasion of Ukraine.

Franks has been working to get the release of numerous American citizens who have been detained by hostile governments. In most cases, there are political, not criminal reasons for these detentions. Franks contends that Griner is a hostage in Russia.

“They’re making her out to sound like a drug kingpin. I think that it is unlikely that Ms. Griner will get a fair trial,” concludes Franks, “because nobody gets a fair trial in Russia. It’s a rigged game.”

Speak out to free Britney Griner

“Sports fans can play a huge role because they’re not a constituency that I think the [American] government is hearing from,” says Franks.