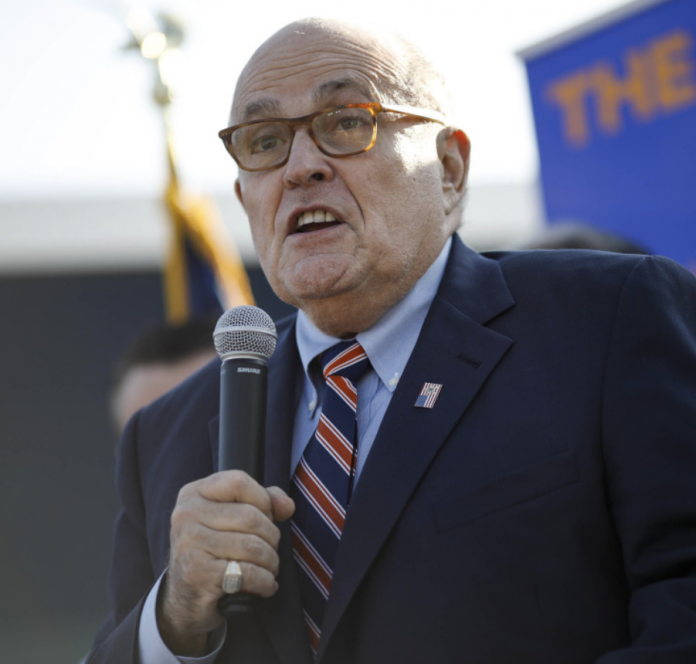 Earlier this week, Robert Mueller delivered some statements about the Russia investigation and President Trump.

Mueller stated that his team could not charge the president with a crime; however, in the same breath, Mueller also stated that he could not definitively clear President Trump from assertions of criminal wrongdoing.

The contradiction is something which Rudy Giuliani, the president’s attorney, took issue with.

A Closer Look at Giuliani’s Statements

The president’s attorney participated in a phone interview with Fox Nation earlier this week. During the interview, Giuliani challenged Mueller to testify about the Russia probe. To be precise, Giuliani urged Mueller to provide testimony about the moment in which he discovered that he couldn’t charge Trump with collusion.

“I dare him to testify. I’d love to see Meadows and Jordan cross-examine him on when did he find out there was no collusion? Exactly why would you hire Andrew Weissmann, who is the most notorious and unethical prosecutor of the last 20 to 30 years?”

Giuliani also noted the presumption of innocence until guilt is proven. This is something which President Trump wasn’t granted, especially in the court of public opinion. Even to this day, many Democrats still continue to assert that the president colluded with the Russian government.

In Giuliani’s own words:

“When I conclude as a prosecutor and I’m not confident that a person committed a crime, that’s called exoneration. The person is innocent until proven guilty. That’s not a slogan; it’s not a joke, it’s a basic fundamental of our Constitution, of the Magna Carta, of elemental fairness.”

The remarks which Mueller delivered earlier this week have prompted multiple reactions. Americans on different sides of the aisle furthermore maintain complex interpretations. Democrats overwhelmingly believe that since Mueller could not charge Trump with a crime, they must proceed with impeachment.

However, conservatives have noted Mueller’s admission that his team couldn’t charge the president with a crime. In many regards, this reverts back to ‘innocent until proven guilty.’

Shortly after Mueller’s remarks, the president also spoke out. In both the press and on social media, Trump maintained his innocence and furthermore affirmed that the Russia investigation is, in fact, over.