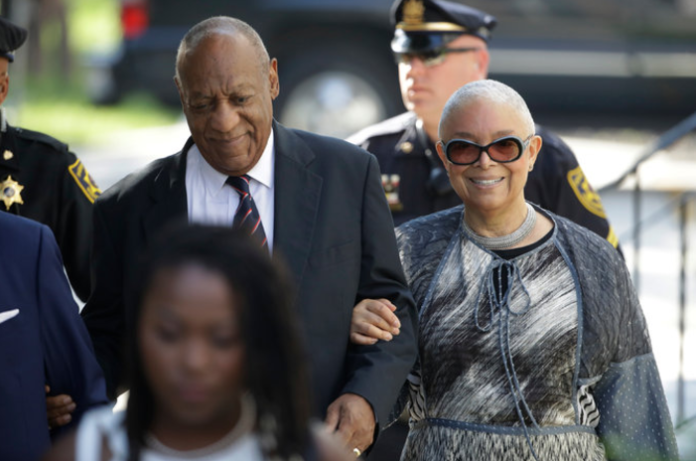 The events of the infamous Bill Cosby trial have trended and made headlines across the nation for weeks. Countless Americans are keeping track of the latest updates and revelations. For years, Bill Cosby was regarded as a wholesome man who embodied excellence; his portrayal of the ethical Cliff Huxtable charmed many Americans. However, this illusion came crashing down when over 40 women came forward and announced that Cosby had drugged and sexually assaulted them over a period of decades. The time has come for Bill Cosby to stand trial for his misdeeds. Earlier today, a series of interesting events played out in the courtroom.

ABC News reports that Kelly Johnson, one of Cosby’s many accusers, delivered her testimony today. She stated that Cosby gave her a pill and the next thing she remembers is waking up next to him in bed. Obviously, Cosby denied the allegations, but in 2005 he admitted under oath that he purchased quaaludes to give to the women he wanted to have sex with. According to Johnson, when she asked Cosby whether she had been drugged, he replied, “Trust me. Would I ever give you anything to hurt you?” Johnson never reported the incident to the police due to feelings of embarrassment and humiliation. During the time, Cosby was a popular celebrity and a report would have merely been her word versus his word.

As of today, Cosby’s defense team has rested their case. Before doing so, they called Detective Richard Schaffer to testify. Cosby’s lawyers used Schaffer’s testimony to cast doubt on Constand’s sworn statement; Constand admitted to making some mistakes in her previous accounts, but her story still makes sense and is consistent with events that followed. Cosby later attempted to buy off Constand with offers to pay for her education. These are classic moves of a criminal; they engage in lawless deeds and those who can afford it use money to cover their tracks, silence, their victims, before proceeding. This should not be glossed over or ignored by the jury.

In late 2014, Cosby interviewed with CNN and stated that he would not be testifying. To quote him exactly: “What people want to say, want you to say, and how they maneuver — yes, I do have lawyers to protect me, ‘objections,’ ‘sustained’ — but I just don’t want to sit there and have to figure out what I believe is a truthful answer as to whether or not I’m opening a can of something that … my lawyers are scrambling.” Any sensible person will understand that these are the ramblings of a very sick, duplicitous person. An honest individual is not plighted with attempts to “figure out what they believe is a truthful answer.” Many people suspect that Cosby will be found guilty of the charges against him, just as he should be. Persons above reproach do not purchase quaaludes and then distribute them to the women they want to sleep with. Those who are convinced of Cosby’s innocence need to understand that Cliff Huxtable was merely a character; Cosby’s depiction of a wholesome, loving husband and father is clearly the stark opposite of his real life character.

More details of past Cosby trial dates can be found here and here.