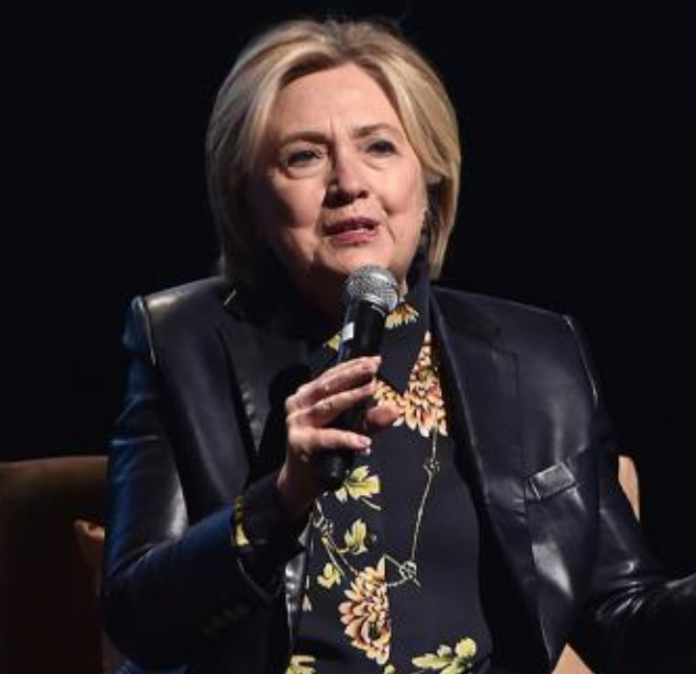 The failed former candidate delivered a series of statements at yesterday’s PEN America’s World Voices Festival. Throughout Clinton’s speech, she criticized President Trump for his strained relationship with the mainstream media and certain reporters. Clinton’s remarks read as follows:

“Although obsessed with his own press coverage, he evaluates it based not on whether it provides knowledge or understanding, but solely on whether the daily coverage helps him and hurts his opponents.”

However, she didn’t there. Clinton then continued by furthermore blasting the President’s relationship with the press before providing insight into her newest thoughts about the 2016 election:

“Now given his track record, is it any surprise that, according to the latest round of revelations, he joked about throwing reporters in jail to make them ‘talk’?”

“I was really struggling with it, and I concluded — as I was, I think, expecting myself to — ‘O.K., you just have to be calm and in control because ultimately, what the country wants is somebody who is not going to be blowing up in the Oval Office.’”

President Trump vs. the Mainstream Media

Since the inception of his 2016 run for office, President Trump has maintained a troubled relationship with the media. Tensions arose when then-candidate Trump and his supporters felt as though the media intentionally misrepresented him throughout the election. However, many Trump critics have controverted the aforementioned assertion; they moreover skeptically questioned why the press would intentionally mislead Americans regarding Trump.

The President and his backers then stated that a Trump Presidency served as a threat to the Establishment. However, this has not changed the minds of Trump’s detractors. His battle with the mainstream media remains ongoing, even to this day. The term “fake news” also arose during the election as a result of then-candidate Trump’s troubled relationship with the press.

Hillary Clinton’s latest remarks were received differently by various Americans. Overall, left-leaning people supported her statements; however, conservatives and Trump supporters pushed back against her comments.

Many of the President’s backers have moreover stated that Clinton’s ongoing criticisms of Trump stem from resentment about losing the 2016 Presidential election.

President Trump has not yet responded to Clinton’s latest statements.