Some tech giants and experts are skeptical about the metaverse, and the latest to join the pack is Nest co-founder Tony Fadell.

Fadell, an early Apple engineer who invented the iPod and helped invent the iPhone, told Wired in a lengthy interview, “fu## the metaverse” because of its impersonality.

“In the virtual world, the meta world, whatever you want to call it, I can’t look into your eyes, I can’t see your face, to build trust and a real personal connection,” Fadell told Wired. “There’s no dancing in the virtual world when people don’t even have bodies. When I’m actually with someone, my hair stands up on the back of my neck, because my body has a sensor for that.”

The idea of the metaverse rose to prominence amid the rebranding of Facebook into Meta. Since that moment, people were spending millions on metaverse real estate, with plots of virtual land selling for over $4 million.

The idea of the metaverse is to interact with digital spaces using virtual avatars while wearing AR glasses or VR headsets.

Fadell isn’t the first exec to blast metaverses. Snap CEO Evan Spiegel said in late April that his firm doesn’t use the word because it’s “ambiguous and hypocritical” and “people love the real world.” 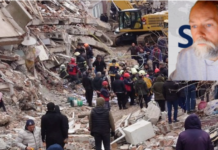 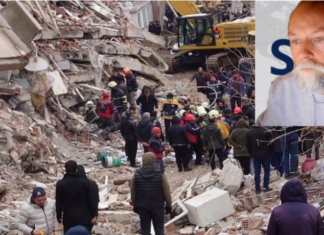 Rochdi Rais - February 9, 2023
0
Two powerful earthquakes of magnitude 7.8 and 7.6 struck Turkey and Syria on Monday, killing more than 1400 people, and destroying buildings while many...