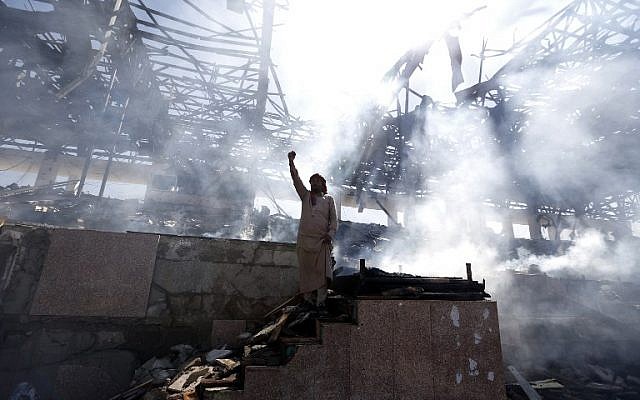 Saudi Arabia on Monday called the attempted missile attack on Riyadh’s main airport this weekend an “act of war” by Iran and vowed to retaliate.

Houthi rebels in Yemen, who have been fighting Saudi-backed forces there for several years, claimed responsibility for firing the ballistic missile on Saturday. The missile traveled more than 500 miles before Saudi Arabia intercepted it.

The official Saudi Press Agency charged that debris from the missile proved that it was made in Iran and smuggled into Yemen. American officials have previously charged that Iran has armed the Houthi rebels.

The attempted missile strike was “a blatant act of military aggression by the Iranian regime and could rise to be considered as an act of war,” the Saudi Press Agency said in a statement.

Saudi Arabia “reserves its right to respond to Iran in the appropriate time and manner, in accordance with international law and based on the right of self-defense,” the statement continued.

“We see this as an act of war,” he said. “Iran can not lob missiles at Saudi cities and towns and expect us not to take steps.”

The dramatic escalation in tension between the two rival nations came just a day after dozens of princes, senior military officers, businessmen and top officials were arrested in a sweeping anti-corruption probe in Saudi Arabia.

The unprecedented arrests were seen as a sign that 32-year-old Crown Prince Mohammed bin Salman, who came to power in June, was seeking to aggressively consolidate power.