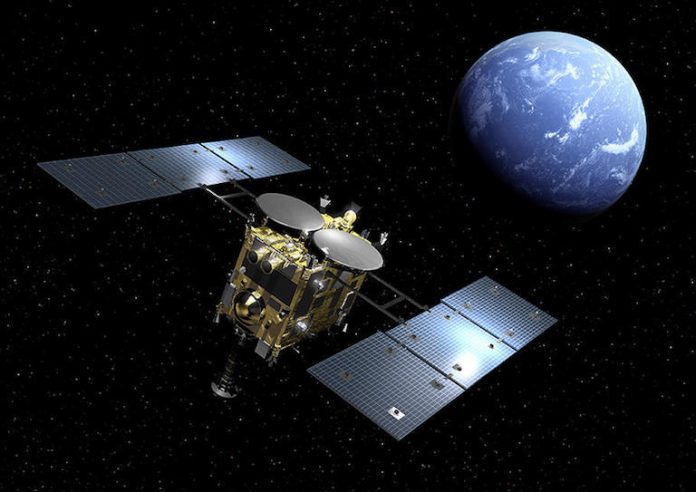 Japanese spacecraft Hayabusa2 is headed back to Earth after 6 years, and 3.3 billion miles. The unmanned mission will drop off a capsule containing Ryugu samples.

The Japan Aerospace Exploration Agency (JAXA) sent the Hayabusa2 and its attached capsule almost 6 years ago.

Similar to the United States, Japan is working towards a public-private partnership through its Space Frontier Fund. The SFF is creating more space-focused venture partnerships.

JAXA prepares a reception in Australia

Scientists are gathering in the Australian desert near the town of Woomera in anticipation of the Hayabusa2 capsule’s arrival on December 6th. The capsule retrieval team members have cleared their two-week COVID-19 quarantine. They are working out of the Woomera Royal Australian Air Force base.

The capsule will create a fireball when it drops into the Earth’s atmosphere. Anticipated temperatures can be up to 5,400 degrees Fahrenheit. Then the parachute will deploy for a landing in the Woomera Protected Area. The capsule will send out a radio signal for the retrieval team to track.

The capsule will be retrieved by helicopter to a Quick Look Facility for a safety inspection of any gases in the sample container. Then the sample will be sealed and airlifted to Japan.

In Japan, scientists will have at least 100 milligrams of Ryugu samples collected from the surface of the asteroid.  Ryugu was once known as 1999 JU3.

This is only the second time that a space mission has been able to return an asteroid sample. JAXA’s first Hayabusa mission returned only a few micrograms of asteroid Itokawa in 2010.

Last month, the US spacecraft, OSIRIS-REx collected alien samples from the surface of an asteroid named Bennu. These samples are expected to be returned to earth in 2023.